Is good management really that vital? 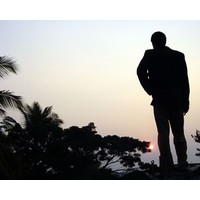 Are organisations more likely to succeed if they adopt good management practices? For a decade we’ve been conducting research to find out. That may seem like a foolish endeavour – isn’t the obvious answer yes? But as classically-trained economists, we believe in re-examining long-held assumptions to see whether they stand the test of time.

To formulate a testable hypothesis for our research effort, we asked whether or not the thousands of organisations we studied adhere to three practices that are generally considered to be the essential elements of good management:

+ Incentives: Does the organisation reward high performers with promotions and bonuses while re-training or moving underperformers?

+ Monitoring: Does the organisation rigorously collect and analyse performance data to identify opportunities for improvement?

Our teams of researchers asked managers open-ended questions designed to ferret out details about how their companies were – or were not – implementing these practices. We learned that our indicators of better management and superior performance are strongly correlated with measures such as productivity, return on capital employed and firm survival. Indeed, a one-point increment in a five-point management score that we created – the equivalent of going from the bottom third to the top third of the group – was associated with 23% greater productivity.

When we began assessing management practices, we focused on medium-sized manufacturers, both independent and multinational-owned companies that had 50 to 5,000 workers. With more than 100 researchers accumulating data since 2004, our sample has come to include more than 8,000 firms in 20 countries in the developed and developing worlds.

Examples of bad management were easy to find. For example, a manager at a privately-held manufacturer in France, with about 500 workers, was hamstrung by his firm’s inability to motivate employees. Union pressure and labour regulations meant that workers effectively had jobs for life. The only way he could balance his production line was to team up poor employees with star performers, but this practice prevented stars from earning team bonuses and eventually drove them out of the company.

Using a business-assessment tool we developed with McKinsey partners John Dowdy and Stephen Dorgan, we determined an average overall management score for each organisation. Low scores abounded. More than 30% of US firms and more than 70% in Brazil, China and India scored a three or lower. These firms fail to collect even the most basic performance data and offer few employee incentives.

When we started, facilities were often dirty and unproductive, and accidents were common. Even though wages were low, the company’s profits were meagre.

The intervention transformed the plants that had received help. On average, they cut defects by more than 50%, reduced inventory by 20% and raised output by 10%. Productivity at one factory increased by almost 20%, and average profits rose by what we estimate to be roughly 30%. Safety also improved.

Beyond the factory floor

Having seen the effect on manufacturing operations, we expanded our research to other kinds of organisations. So far we have conducted interviews at 1,000 schools in the US, UK, Germany, Italy, Sweden and India, and at 1,300 hospitals in those countries and in France, ranking each of the organisations in much the same way as we ranked the manufacturers.

Our management scores showed that, overall, schools and hospitals are even more poorly managed than manufacturing companies. A nurse in the UK told us that her hospital didn’t store bed linens on each floor. One evening, she went to a different floor to get new linens for a patient; upon returning, she found that another patient had died from a seizure. With no process for monitoring or correcting problems like this, the linens policy persisted two years later.

The public sector is also strikingly bad at rewarding good employees and dealing with underperformers. One US high school principal confided to us about a teacher who spoke so quietly that her pupils struggled to hear her, and grades were often poor. The principal had repeatedly offered training to help the teacher, to no avail, so the poor teaching continued year after year.

Comparing management practices with outcomes, we found that high-scoring schools have better exam results: A one-point improvement in the management score is associated with about a 10% jump in student test performance. Similarly, at hospitals, a one-point management-score increase is associated with a 0.5% lower 30-day mortality rate for heart attack victims who are admitted to emergency rooms. The example of Virginia Mason Medical Center, in Seattle, illustrates what can happen when a health care organisation makes a concerted effort to improve management practices. In 2002 it introduced procedures, such as extensive performance monitoring and weekly team meetings, inspired by the Toyota Production System. These changes dramatically improved patient care. In the breast clinic, for example, the average elapsed time between a patient’s first call and a diagnosis dropped from three weeks to three days. The changes returned the hospital to profitability after years of losses.

At the companies in Tarapur where we conducted interventions, we easily made a convincing case for the value of good management. But the need to spread the word to the thousands of other underperforming companies, schools and hospitals worldwide is urgent. Awareness is very low: 79% of the organisations in our study claimed to have above-average management practices, yet no correlation existed between our scores and the institutions’ self-scores.

Awareness is only the beginning, of course. Having seen where they need to improve, managers should begin identifying which processes they need to change (for example, is product development too slow?) and then devising metrics for monitoring progress. Ideally, goals should be visible to everyone – one company we studied posted its goals on the CEO’s door – and should be translated into companywide, group and individual targets that are tracked frequently and meaningfully. That approach helps companies replace finger-pointing with effective action plans.

Nicholas Bloom is a professor of economics at Stanford University. Raffaella Sadun is an assistant professor at Harvard Business School. John Van Reenen is the director of the Centre for Economic Performance at the London School of Economics and Political Science.