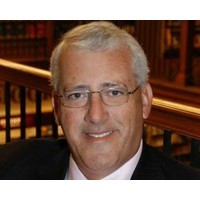 After 36 years in retail, there is one thing that still surprises Don Grover: the power of communicating his leadership mission directly to his staff.

The chief executive of the newly-reborn clothes and shoemaker, Fusion Retail Group, says he has started beaming presentations onto screens in all the 271 stores in the chain. “I am talking about how we are moving forward with our vision, standing in one of our new stores. It is those sorts of communications, continually reminding staff where we are heading,” he tells LeadingCompany. “It never ceases to amaze me just how much that helps in getting things done.”

Fusion Retail Group is the reincarnation of the Colorado Group, which went into receivership early last year crushed by the weight of a $400 million debt. The entire Colorado shoe division was closed, the staff of 3800 was reduced to 2500 and the number of stores cut from 441 to 271.

The receivers Ferrier Hodgson managed to strike a deal with the company’s lenders to swap their debt for equity. The four biggest of these – Nomura, Ice Canyon, Anchorage and National Australia Bank – have about 75% of the company and are active investors, while still more have a smaller, passive shareholding, according to Grover. Grover also has a stake in the company, but will not reveal how much he owns. “I think it is reasonably important in any business these days.”

Grover has something that Fusion needs if it is to survive its second coming: stability. He is the group’s fourth CEO in as many years. His track record suggests he won’t be going anywhere quickly – he was formerly the CEO of Dymocks Bookstores for nine years, and spent 27 years at David Jones prior to that.

There are two big changes that will make the company succeed, Grover says. It does not have the same crushing amount of debt, and it has a clear purpose and vision.

“The first thing for any leader is to make sure you have the vision understood,” Grover says. “In our reception you see the vision statement and mission of the business. We are proud to tell people what we stand for. What was lacking in this business when I joined was a clear vision for the company. Where are we all going?”

Fusion’s mission is: To be Australia’s largest and most profitable retailer and wholesaler of branded footwear and related apparel with an international capability.

Bringing back the Colorado shoe brand

Grover will not say how much debt the group is now carrying, but it has been provided by the four key shareholders. It is enough to have taken the first step to reviving the company’s lost shoe brand, Colorado. At the time of the collapse Colorado was a $140 million business, and Grover believes in the value of the brand. “The Colorado brand was very popular and it is in a significant market, the leisure market.”