Dumb ways to die: A brilliant way to deliver a message 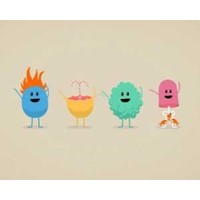 Over the weekend my 9- and 12-year-old daughters watched the Dumb Ways To Die YouTube video a ridiculous amount of times and sung the song constantly.  My 12-year-old stated “I know this is weird because it’s an advert but this is my favourite song. It’s addictive.”

Dumb Ways to Die is an advertising campaign from Metro Trains in Melbourne, devised by advertising agency McCann Melbourne, to raise awareness of safety around train stations. If you haven’t seen it, check out the clip here, and if you want to test how addictive it is play it to your kids – but I warn you, you’ll hear them singing it a lot!

As soon as I saw the clip, which has had more than 32 million YouTube views, I was impressed by several things. We can all learn something from the campaign when it comes to communicating in business.

The target audience for the message is young adults and children. So while initially you might think they are appealing to their audience through a catchy song, at a deeper level they have tapped into the right emotion for their audience. Kids, and especially young adults, think they are bulletproof. The message of “poor safety around trains could lead to your death” has little impact.  But the message of “poor safety around trains means you are dumb” has impact.  They are not worried about death. Looking dumb is a major concern.

Metro has chosen a combination of traditional media and social media because that is where its audience lives. The result is an internet sensation. Adding to its millions of YouTube views are more than 300 parody videos since its debut on November 14. You can even buy the song on iTunes and it has become an unexpected hit in Vietnam and Singapore.

The video goes for three minutes but it is not until the 2.20-minute mark that they bring in the train station safety component. How many of us would dedicate 75% of our allotted time to building a connection before delivering the message?

This is actually a really respectful way of communicating. They are not treating their audience like idiots by simply repeating the message as many times as they can.

There is appropriate use of humour – even the bit about that warns against “[using] your private parts as piraña bait”.

In business, we tend to think that because the message is serious, such as safety, compliance or risk, that the message has to be delivered in a serious, dry manner.

So with Metro, even though the message is a very serious one of “be safe around trains” it has not been delivered in a serious way – and it works because of that.

So keep these tips three in mind when you plan your next piece of business communication:

Know your audience: what motivates them and how do they like receiving information?

Focus on connection first and then deliver your messages.

Use appropriate humour, even if the message is a serious one.

I’d love to hear your thoughts on the campaign.