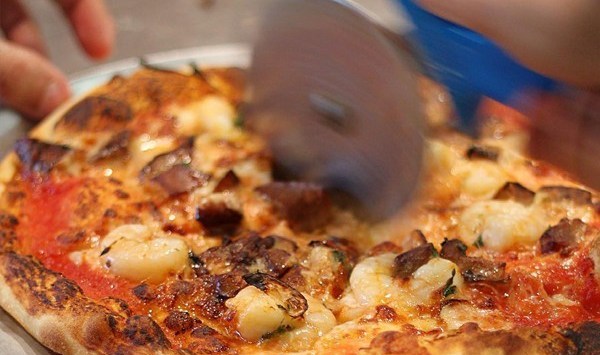 A pizza bar owner in Melbourne says letting his customers bring in home-grown vegies to exchange for pizza has “hit the nail on the head” in his local community.

Claude Acquaro owns Pizza d’Asporto in Williamstown in Melbourne’s west. About a month-and-a-half ago, he decided to start offering free pizzas to customers who brought in vegies from their gardens.

The idea is simple, 45-year-old Acquaro told SmartCompany this morning, customers bring in their lemons, peppers, herbs – anything from their backyard – and take home a free pizza.

“The response has been fantastic, it’s hit the nail on the head,” Acquaro says, adding the offer is cementing the place of his business in the local community.

Acquaro says the offer is less to do with making money for his business and more to do with sharing his “infatuation with food” with others.

“It’s the community I want to understand,” he says.

“Our pizza is very traditional; our recipe has been around for a long time… We did it to expose our culture in Italian cooking.”

Acquaro says he believes the idea will also help children especially to get interested vegies and herbs and steer them away from artificial foods.

“I can see the emotion that food brings about in people, especially kids, it brings them to another level,” he says.

Acquaro says his desire to see kids happy with vegies probably comes from his own fond memories of gardening with his grandfather.

But the small business owner says his vegies-for-pizza offer is also about showing leadership in the industry he works in.

“This concept has come about because our industry is an in-between industry in Australia, it hasn’t got real service,” he says.

Acquaro says Pizza d’Asporto began focusing its attention on the importance of “food at the high level” about a year-and-half-ago.

“We’ve really chosen our suppliers, we want people to see the difference with what is out there,” he says.

“We’re not a big shop at all but what we produce out it, it is good. All my staff want to be here.”

Acquaro said he made his first pizza at the age of seven and has been involved in family restaurants all his life.

“I’ve fed probably two generations of families in the area, kids I started feeding when they were 13 or 14 are coming in with their own families now.”