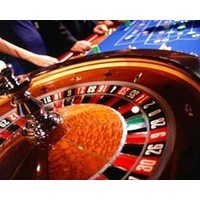 It’s a tough job and it’s about to get tougher. The underperforming company had a scandal-prone 2012, and is being openly eyed off by competitors. Despite this, Redmond has told The Australian Financial Review’s Boss magazine that he wants the job. He moved his family from America for the opportunity, leaving his non-executive role on Echo’s board to become CEO, and taking over from previous CEO Larry Mullin, who was sacked in controversial circumstances.

Adding to the turmoil was a media campaign by the company’s own major shareholder, James Packer, against Echo’s former chairman, John Story, and the firing of Star Casino’s managing director, Sid Vaikunta, over allegations of sexual harassment, and the departure of a director, Brett Paton, who was apparently unhappy with the Mullin’s treatment.

Packer has made no secret of his desire to take over Echo Entertainment, while another shareholder, Malaysian resort company Genting, is looking to increase its stake. The NSW casino regulator is yet to decide on whether the two shareholders can lift their stakes in Echo to above 25%; Packer is currently sitting on around 10% and Genting on 5%.

Redmond has busied himself cutting costs, but not quickly enough to improve today’s figures. The net profit of $66.5 million is down 5.3% on the corresponding period. Redmond blamed the drop on a tax increase, and highlighted that Echo’s profit before tax increased by 8.4%.

In a bid to turn things around, Echo stripped $14 million in costs for the quarter ending December 31. Redmond plans to save $30 million by June 30 and another $30 million in the following financial year.

Staff will bear the brunt of the cuts, in particular, middle-management, Redmond told investors today. As well as redundancies, Echo will reduce the hours of remaining staff. It’s all part of a new strategy. “We’re not going to be complacent. We’re going to be constantly re-evaluating how we do things,” he said.

Revenue from poker machines was down by 1.1% across Echo’s establishments. While Redmond pointed out the downturn came after three successive years of growth, he says the company realises its infrastructure in Queensland is out of date, as is its loyalty system in New South Wales.

Redmond will spend savings on upgrading facilities. Poker machines will be switched from older coin-operated models to new systems, with an upgraded loyalty system. “We’ll be looking at our customers Echo-wide, rather than venue-specific and we’ll be constantly providing rewards,” he said. “So that competitive tension that we had, we’re going to remove that and replace [it] with a philosophy that we’re all on the same team.”

The shining star in the figures was a 13.6% revenue growth at Star Casino. It was recently renovated at vast expense. However, the poor performance of Echo’s three Queensland casinos, where revenue dropped by 2.4%, offset Star’s gains.

Redmond reeled off figures confidently, but regularly reminded his audience that he’d only been in the job seven weeks, and deferred to CFO, Matt Bekier, frequently.

The new CEO refused to be pinned down on financial targets. “I tend to shy away from shooting for targets,” he said. “We’re trying to reinvent how we do business and trying to improve our guest service and our guest business.”