Eight entrepreneurs to watch in 2015 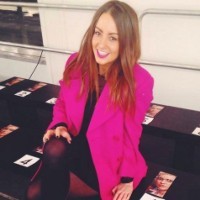 SmartCompany loves to champion Australian entrepreneurs, but the achievements of some moguls in the making often speak for themselves.

Whether it’s scoring major funding, launching into new markets or just plain world domination – every year a few names seem to stand out from the entrepreneurial pack.

On our eighth birthday, we take a look at the eight entrepreneurs we think you’ll be seeing a lot more of in 2015.

At just 34 years old and as one half of the dynamic duo which is Atlassian, Scott Farquhar has a combined personal wealth of $2.1 billion. The 13-year-old company he co-founded with Mike Cannon-Brookes, which makes tools for software developers, shows little sign of slowing down. It announced total revenue of $262 million ($US215 million) last financial year – a 44% jump.

After a move to the UK at the start of last year, Farquhar and Cannon-Brookes hit the ground running, securing big Silicon Valley names, including Facebook engineer Jay Parikh, as board members and a $US150 million share sale.

The pair continued to make headlines throughout last year as they put Australian philanthropy in the spotlight and enjoyed Atlassian being named Australia’s best place to work.

Farquhar showed he has set his sights beyond Atlassian as well by investing $750,000 of his own cash in Townsville-based app developer SafetyCulture, which could further pay off for him this year.

The main reason we think Farquhar is an entrepreneur to watch is that both Farquhar and Cannon-Brookes like to play the long game. The pair have so far dampened speculation about an IPO, but all signs point to another big year for the two.

Having enjoyed the past few years as one of the biggest names in Australian online retail, entrepreneur Jodie Fox will spend 2015 building up a bricks-and-mortar presence – in the US.

Fox, along with her co-founders Michael Fox and Mike Knapp, secured $6.5 million in venture capital in December and confirmed the money would go towards expanding Shoes of Prey’s US presence with six stores inside department store Nordstrom including outlets in Seattle, Washington, California, New Jersey and Illinois. The extra cash will also go towards construction of a new manufacturing base in China and the hiring of key staff.

Fox is going to spearhead Shoes of Prey’s US campaign.

“The US has been the second biggest market for Shoes of Prey for a while now and that has been pretty organically grown,” Fox told SmartCompany.

The Sydneysiders opened their first bricks-and-mortar Australian Shoes of Prey store in Westfield Bondi Junction last year, after the success of a concession outlet in David Jones’ Elizabeth Street flagship.

“We are one [Shoes Of Prey store] down and have five more to open, which will be done by April 2015, and assuming that is a success we will enter discussions to enter more stores.

With a capsule collection partnership launched at the end of last year with Janie Bryant, the costume designer of popular TV series Mad Men, Shoes of Prey will be the name on every fashionista’s lips this year.

He’s already a well-known name in consumer electronics, but Ruslan Kogan plans to take on Coles and Woolworths, as well as at least 15 other retail categories in 2015.

Having found success with an effective business model for selling low-end TVs and other home electronics online, the 33-year-old entrepreneur is now hot on the heels of the supermarkets and specialty stores.

“There are two ways any business can grow. One, find more customers and, two, offer more products and service to existing customers.” Kogan previously told SmartCompany. “There are only so many TVs you sell a customer.”

The new categories are now the fastest growing area of the business and Kogan says many of the chosen industries, such as power tools and vitamins, have considerable growth potential.

While Kogan says he doesn’t like to “lift his skirt” on exactly how much the company turns over, he confirms the retailer is already worth around $300 million.

“We’re just getting started and we expect to keep growing these categories,” Kogan said of the future.

“Any consumer, no matter what product they are after, will know to come to Kogan.”

With an end goal of total online retail domination, we’re betting 2015 will be another big year for the Belarus-born entrepreneur.

The founder of 2014’s Smart50 winner, Pet Circle, Mike Frizell has grown his online pet supply business into a $12 million competitor of the traditional bricks-and-mortar players.

The company grew by an astonishing 329.68% over the last two years and has plans to carve out an even bigger share of the $8 billion pet sector.

His aim is for Pet Circle to be one of the top three pet firms in Australia and among the top 20 e-commerce firms in the world.

“To do this, we will be investing in the next phase of growth, including expanding our product range and marketing investment, investing in warehousing and logistics operations, as well as iterating on the seamless customer experience for which we have become known,” he previously told SmartCompany.

Aside from taking out the coveted Smart50 gong, Frizell also took home the Telstra Business Start-Up Award in 2014, and we wager that you’ll be seeing Frizell’s name around again in 2015.

Co-founder and chief executive of the Catcha Group, which includes the successful Asian-based and ASX-listed classified websites iProperty and iCar within its portfolio, Patrick Grove’s online empire now has more than a staggering $1.2 billion in listed assets.

With plans to expand iProperty into the Australian market to capitalise on the growing Asian interest in the Australian property, Grove tells us big things are in store for 2015.

“This year we have lots of exciting plans. I don’t even know where to begin,” says Grove. “[But] the big things that we are focusing this year on are taking all of our companies deeper into the mobile world.”

Grove says the mobile opportunities in Asia are still growing, as countries in south-east Asia now have over 180 million smartphone users compared to some 18 million in Australia and 155 million in America.

“So basically [south-east Asia] is bigger than the US and bigger than Australia,” he says.

Born to a Chinese-Singaporean mother and an Australian father, Grove previously told SmartCompany he made no apologies his business success traded off bringing established Australian ideas into the Asian market.

He says he believes in the next two years a number of south-east Asian focused internet companies will become ‘unicorns’, the name for a business worth over $US1 billion.

“We are working hard to get iCAR and iProperty into the esteemed unicorn club as fast as possible,” he says.

Sydney-based tech entrepreneur Jessica Wilson, who will turn 23 this year, is poised to take the fashion world by storm with her fashion-discovery startup Stashd.

Using a Tinder-style swipe right to “stash” an item of clothing you like, the addictive app now has more than 100,000 items and users in more than 80 countries.

Wilson is expected to announce a seed investment round early this year and has plans to grow Stashd’s product range to include items from the likes of Zara, The Iconic and Asos.com.

She tells SmartCompany 2015 is looking to be a defining year for Stashd.

“Stashd will also be launching leading retailers in the US and collaborating with some exciting start ups and opinion leaders. I’ll also be speaking at fashion tech events in Sydney and Melbourne. Traveling wise I will be spending some time in the US and also Europe towards the mid of this year.”

And she has her sights set on some even bigger opportunities, telling Forbes Stashd has the capacity to influence the fashion retail world on a global scale.

“I plan to really grow the tech side to become an accurate tool for trend forecasting on a global scale, saving retailers large sums by reducing wasted stock,” Wilson said.

If she can monetise that opportunity, we think Wilson is in line to be one of our brightest tech stars.

If you talk about Australian tech entrepreneurs, it’s hard to go past Internode founder Simon Hackett. Not only has Hackett had success with his own ventures, he’s also a proud investor in a number of new startups,

Launched in the early days of dial-up internet (1991), Hackett made his fortune by selling Internode in December 2011 to iiNet for $105 million.

Last year he launched a new electric vehicle venture with former Tesla Australia director Rudi Tuisk, called EV Race Systems, and has invested in both the flight planning application AvPlan and the cloud-based e-commerce services provider UltraServe, taking a 40% stake in the company.

Hackett tells SmartCompany his 2015 “to-do list” includes improving NBN outcomes for Australians through his role as NBN Co non-executive director, as well as working on these new startup ventures.

With his finger in so many different tech pies, we believe it will be a big year for the Adelaide entrepreneur.

Mills has opened the doors to stores in both Hong Kong and the Philippines in the last two weeks, with plans to bring the brand to Singapore and Dubai by the end of the year.

And Pacific Retail’s $3 million home soil operations are nothing to be sneezed at either, with 51 stores currently across Australia between the Wasabi Warriors, Kick! Juice Bars and Go Sushi brands.

“Sushi is getting so big now,” Mills tells SmartCompany. “And it’s children who are really leading the trend.”

“It’s my passion to have more healthy food options available to more children. As a mother, I want sushi to be an option for my daughter when she goes to school,” says Mills.