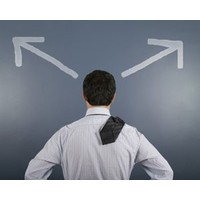 Max Yasuda, the chief executive of Toyota Australia, made a clear statement when his company retrenched 350 workers yesterday: if you don’t perform to Toyota’s satisfaction, you will lose your job.

The employees chosen for retrenchment (some were voluntary, but most were not) were told that they had failed to live up to a set of criteria, which included adopting the company’s culture, described as “The Toyota Way”, newspapers have reported. Other criteria included safety compliance, attendance, work quality, teamwork, skills and diligence.

Yasuda chose to shun voluntary redundancies in favour of cherry-picking the best of his staff, and culling those he judged to be the worse.

If his strategy is right, Yasuda will end up with a more productive, efficient and compliant workforce.

Even so, he faces challenges to restore the future of the car plant.

Following through with the message conveyed by the sackings

Yasuda made his fury about the absenteeism at his Victorian car plant very clear when speaking in February to the Australian Financial Review. He complained about staff taking “sickies” – abusing the sick leave system by missing Fridays or Mondays to create a long weekend. He has followed through by sacking staff who are giving him grief.

Now he must decide how to respond to staff taking “sickies” in future, without sacking his entire workforce.

Redundancies destroy morale. The process is as traumatic for the surviving workers as for those who lose their jobs, various studies show. Survivors suffer responses including guilt, relief, anger, depression, and anxiety (that their turn is next). Survivors will want their responses acknowledged and, where possible, addressed, and to feel valued and reassured about their future security.

Keeping survivors (and attracting staff in a better future)

Survivors will judge management by the respect and dignity with which retrenched staff are treated, says Martin Nally, managing director of human resources company, hranywhere, which provides outplacement services. Commenting generally rather than specifically on Toyota, Nally says: “If they stay and are not comfortable with the way you have retrenched staff, as soon as the opportunity comes, they’ll leave and you will lose the staff you wanted to keep.”

If Yasuda’s judgement is correct and the company has retrenched its least productive staff, productivity will improve. Studies suggest that the productivity of remaining staff also goes up after redundancies. Yasuda’s task is restore the energy, excitement, and a sense of purpose and value that is also a component of productivity.

Something has gone very wrong in the car-marker’s relationship with the Australian Manufacturing Workers Union. Toyota has claimed the union agreed to its criteria for selecting staff for job losses; the union says it did not.

Whatever the truth, both sides are now in damage control, and neither wants to give ground to the other. That is not conducive to a constructive future relationship. But Toyota’s workforce is unionised; rightly or wrongly, Yasuda cannot afford to leave the AMWU to stew.

There are real risks in retrenching workers: the shock and grief can be profound enough to lead to self-harm. The managers delivering the news to retrenched workers are in the front line of the emotional reactions of affected staff.

Managers need training and support before they deliver the bad news to their staff. They need to believe retrenched staff have been treated fairly and supported emotionally.

Toyota has departed from best practice in terms of managing its redundancies (see Managing the message during retrenchments). The challenge now is to ensure that the company’s managers are provided with support in the aftermath.

Toyota has received tens of millions in taxpayer dollars to support its manufacturing processes and help it design and make “green” cars.

The government knew the 350 retrenchments were coming, but Yasuda’s approach inspired criticism from the Workplace Relations Minister, Bill Shorten.

The public is not keen on giving money to companies that sack workers; they like their dollars to support jobs. Corporate communications consultant, Marjorie Johnston, says consumers care about more than price, when it comes to choosing products. “People do care about what is behind the scenes, as was shown the Nike sweatshop example,” she says, referring to a consumer campaign against the shoe-maker exploiting workers in Asian countries. “The business world has become a lot more interested, rightfully I think, in the human side of production. More people are considering that when making a buying decision.”

Getting the company back on track

Are the redundancies just a whitewash for a lack of leadership at Toyota? Yasuda has begged the question by mixing up issues of performance management with retrenchments.  Stakeholders are entitled to ask why they are paying redundancies to under-performing staff, rather than have managers either improve that performance or dismiss the workers. Commenting generally, Nally says: “Economically it is a ridiculous cost. Using redundancy as a shield is poor management practice in the extreme.”

Career coach, Kelly Magowan, has a different view. “Do we want to become like Greece? Everyone knows the manufacturing sector in general and car-makers in particular are in strife and the writing has been on the wall for a long time. You want to be firing those with a low performance rating. A great concern about Australia is that productivity is a problem. If you aren’t doing your job properly, I am not sure anyone does owe you a job these days.”