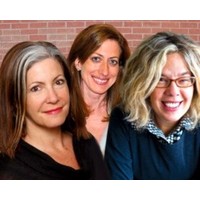 When you start a business, you grow fast. As your reputation grows, so do your sales.

But for many entrepreneurs, sooner or later, they hit a wall.

Overcoming those walls can be traumatic to a business. But it’s impossible to go any further without resolving the underlying issues keeping you small.

At the Dell Women’s Entrepreneurship Conference in Istanbul yesterday, three entrepreneurs from three different countries shared their experiences in scaling their walls to growth.

Bedriye Hulya is the founder of Turkey’s first female-only gym, b-fit. She described how when her business hit 100 franchises, it simply couldn’t sign any new ones.

Through focus groups, investigations and mystery shoppers, she discovered that her business was simply not delivering the level of support to its franchisees that they required. As a result, they weren’t recommending others open a gym, which was hampering the growth of the fitness empire.

“Growth in my language means change, and change means trauma,” she said. “When it comes to growth, I believe it creates trauma in the company, especially if it’s unexpected, organic growth.

“We weren’t prepared for growth. I’m an entrepreneur, not a businesswoman. I didn’t know how to handle change. I should have seen it coming and prepared myself and my colleagues.

“We were hurt. Some of the senior people in our business, I couldn’t move them to do what was needed. We were very comfortable. But things were changing, and we had to catch up. So we had to say goodbye to some of the people we love.”

Matching the people to the company in its growth stage was a common difficulty cited by all three entrepreneurs. Sometimes, it’s the founders themselves who have to go.

Marla Schwartz, who runs a Benecaid in Canada, a business that helps other businesses package and deliver their health plans, described having to ask the founders of the company to take a step back in order to keep growing and developing Benecaid.

She said the business was founded by two people who originally did most of the sales. Their chief tactic in selling the business was to talk about the money they could save others who signed up with them.

This wasn’t a good or sustainable way to grow, Schwartz said. Today, the founders have no operational role in the business, and when they do sell for the company, do so as contractors through a third party.