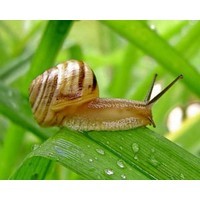 When Launa Inman became Billabong’s chief in May last year, she planned to first spend time “listening and learning,” she told LeadingCompany at the time.

She said her first priority was a “discovery” phase, when she would talk to regional chiefs, then customers, middle managers and front-line sales staff about the issues facing the company.

Inman got no such period of quiet discovery. Over the first few months of her tenure, Billabong received no less than five different private-equity offers to buy it, distracting Inman and putting intense pressure on her to quickly come up with answer.

Leading a company in unusually dire circumstances has made Inman’s experience more difficult than that of most new CEOs. But the expectation on her that she hit the ground running is reflective of the expectations that many new CEOs face.

In large Australian companies, CEO tenure stands at 4.4 years, according to a recent study by Booze & Co. It’s not a long time to leave a mark.

“It’s crazy,” says Sandra Banister, the director of the Asia-Pacific branch of leadership development consultancy The Leadership Circle. “Why do we give CEOs such a short period of time to achieve such incredible outcomes? It forces behaviours that might not be chosen if there wasn’t such an expectation on short-term results.”

“Big improvements take time. Our whole society is geared towards quick, fast briefs. In my opinion, that’s what a CEO needs to resist the most.”

Rather than using their first three months to make a splash, CEOs should be doing what Inman planned to do, focusing on discovering the company they are leading, Banister says.

Here are five things Banister says CEOs can do to make sure they’re not rushing in too fast:

1. Understand very clearly the purpose of the organisation: “CEOs need to ask themselves, ‘who does this organisation serve’,” Banister says. “Money is not a purpose, and growth is just an outcome. CEOs need to dig deeper.

“It’s really important for someone taking on a new CEO role to discern what makes this organisation different from the one they just left. Often, CEOs leave one organisation and come in and lead in the same way.”

2. This isn’t the time for ‘hero’ leadership: “I highly advocate that for at least two to three months, the new CEO just listens. They should just shut up and listen to what is going on in this entirely new system. You shouldn’t mobilise energy, or move into a messiah or rescuing role, unless the organisation is in crisis. This is no time for hero leadership.

“We’re very much an action-oriented society – we’ve begun to overvalue doing for the sake of doing, over reflection and knowing what the right thing is to do. It’s really important that new CEOs know how the team they’ve inherited is feeling. I don’t think it’s done often enough – a CEO doesn’t know what the people who report to them really think about an organisation.

3. Don’t pick favourites: “CEOs need to work very openly with the senior team. There’s a tendency to pick favourites early on that a CEO has to guard against. Personally trusting someone doesn’t mean they’re competent in that role – that takes time to figure out.”

4. Get the senior team involved: “We’re long past the days of the command-and-control style of leader. If you’re a new CEO moving in with a senior team who’ve been there a while, they’ve got legacy, history, they’re in tune with unrealised potential in the organisation. You want to call that forward. That’s a creative process. You can’t just come in and say you know best.”

5. Know who your stakeholders are so you can balance their interests: “This is a really big one,” Banister says. “This is something I tend to work on a lot with the CEOs. They need to clearly know who their key external stakeholders are. Then they need to have a plan to balance the interests of external stakeholders and internal ones, as well as their senior team members. A lot of issues arise if CEOs don’t get the balance right. And that’s not something they can do overnight.”