Why experience counts in a board upheaval 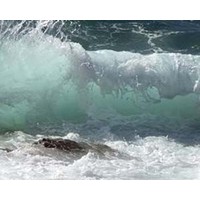 Removing a chairman, CEO and auditor may appear drastic.
But business needs must prevail.
This is an instance in the past year of three directors, each with more than 20 years’ experience running their own substantial businesses, versus a very proper chairman.
It raises the issue of what is ‘the right thing’ that boards are supposed to protect?
The experienced three looked at deteriorating cash flow and said the organisation and its prime operations must be saved, even if it meant being ‘a bit rugged’ in the process.
The chair, the very model of a modern chairman, went through all the processes.
He was also close to the auditor and CEO.
He ran meetings with every courtesy and attended all the right meetings and events. People thought highly of him.
But he had never run a commercial-focused operation and had no urgency about getting his head around financials.
His CEO was also, it turned out, weak on that valuable piece of judgement: how financials reflect the actuality of a business, and their accuracy as a predictor of upcoming business decisions required and financial outcomes.
The CEO was extremely well connected, as the chairman was, and always busy travelling. Every capital and China and UK had visits, popping in here and there.
The chairman and CEO often travelled together.
The experienced three also travelled a lot, enough to know you don’t run an organisation through interesting times out of an airport lounge.
Through late 2011 they independently started asking more questions about monthly financials. After one board meeting they shared knitted brows over the seeming unreality of the financials. One thought it all might go back to the previous audited accounts.
All had done AICD director courses over the previous few years, so were familiar with modern governance requirements to raise issues of concern, informally and then formally. The three worked together to do this through a few chats with the chairman, via the director most familiar with him and best suited to ambassadorial duties.
That received a polite but firm pushback. The chairman was certain the CEO was doing a good job. The defence was about how busy the CEO was, rather than an analysis of KPIs and ratios.
Next came another board phone hook-up and more niggles.
The three then approached an experienced independent auditor to review figures. This required the three to spend $10,000 of their own funds. But this was insurance, having already each had their own CFO do a ratio run-through.
Problem confirmed.
It was raised formally through the board.
More pushback, and polite ‘you wouldn’t doubt our figures and experience’ fob-off.