Facebook COO Sheryl Sandberg on what holds women back 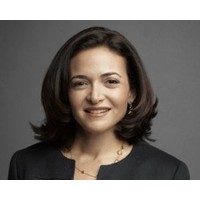 Adi Ignatius is the editor in chief of Harvard Business Review. This is the second part of his interview with Facebook chief operating officer Sheryl Sandberg. Click here to read part one.

Since becoming the chief operating officer of Facebook in 2008, Sheryl Sandberg has managed the social media giant’s complex business operations. More recently she has taken on a second, no less public role outside the company as an outspoken advocate for women aspiring to leadership positions.

Her new book, Lean In – which Sandberg describes as “sort of a feminist manifesto” – is a call for women to act on their own behalf to overcome institutional and personal barriers to success. In this edited interview, Sandberg explains why the workplace is ready for a revolution.

Q: You talk a lot about the “likeability” gap. Why do female leaders score so poorly in that area?

A: The data show that success and likeability are positively correlated for men and negatively correlated for women. Which means that as women get more successful, they are liked less – both by men and by other women. That’s because we want people to conform to our stereotypes. And when they don’t, we don’t like them as much. We expect men to have leadership qualities, to be assertive and competent, to speak out. We expect women to have communal qualities, to be givers and sharers, to pursue the common good. The problem is we want to promote and hire people who are both competent and liked. And that’s just much easier for men.

Q: I think it’s fair to ask whether Sheryl Sandberg is a realistic role model. You were top of your class at Harvard, you had a great mentor from early on in Larry Summers, and you have a supportive husband who has a great job with flexibility. Your critics contend that you don’t understand the struggles most women face in the workplace.

A: I don’t hold myself up as a role model. I’m incredibly fortunate, and I have had amazing opportunities and mentors and support. But the struggles I write about are the ones all women face: the struggle to believe in yourself, to not feel guilty, to get enough sleep, to believe that you can be both a good professional and a good parent.

A: We need to explicitly encourage men to sponsor women. We keep telling women how important these connections are, so women walk up to virtual strangers and say, “Will you be my mentor?” That’s not how it works. You have to find ways to build a relationship. At the same time, senior men in the workplace are afraid to be alone with women, because people might assume something inappropriate is happening. But mentorship is all about being alone with a person and talking one-on-one, and we need to encourage that.

Q: With this book, as with speeches such as your 2010 TED talk on gender, you’ve become a major spokesperson on this topic. How does that fit with what you do at Facebook?

A: It’s all complementary. Facebook’s mission is to allow people to express themselves and connect to the individuals and causes they care about. I care tremendously about Facebook’s being the very best place it can be. And since I’ve become more public on women’s issues, we’ve had a great track record of getting amazing women to apply and to stay.

A: We should all find ways to do the things we want to do in our lives. I’m not trying to be prescriptive. It’s hard to admit that you go home at 5.30, no matter where you are in your career. But I did it on purpose to say to people, “Look, I can be both a mother and a professional, and I do it by going home at 5.30.” I also said … that after I have dinner with my kids, give them a bath and put them to bed, I get back online.

Q: You’ve talked openly about having cried in the workplace. Should women and men feel free to embrace the full range of emotions at work?

A: Crying at work is not a best practice. I’m not recommending that if you want to get to the top, you should break out the tissues. But we’re human, and it’s important to broaden the kinds of behaviours that are acceptable at work.

Q: Do you feel the way women are portrayed on TV and in the movies contributes to an anti-feminist backlash?

A: I think we need to widen perceptions, and I’m not just talking about body-image issues. The media rarely depict working women with children as happy and adjusted and comfortable with themselves. They always sound harried. Tina Fey remembers going on the road with Steve Carell. They were both doing sitcoms and raising kids. Every interviewer asked her, “How do you do it all?” They never asked that of him. There’s this assumption that women can’t and men can. My goal is to change that conversation.

Q: The media also tend to talk an awful lot about how female executives dress.

A: I’m lucky I’m not in an industry where that matters. Silicon Valley is awesome; I wear jeans to work almost every day. It’s a great place for women, because it really is all about what you build and what you do.

Q: Is there any part of you that wonders whether there are biological imperatives that justify traditional gender roles?

A: Well, as Gloria Steinem says, this is about consciousness, not biology. We evolve. For example, humans are biologically programmed to be obese. Our bodies were made to store fat and sugar so that we could survive when the hunting season was over. But we can curb this impulse, and we do. Similarly, I don’t think the desire for leadership is based in biology. Do we really believe men are natural leaders and women are not? I think the desire for leadership is largely culturally created and reinforced.

Q: Ultimately, it seems that the most critical thing for an ambitious woman is a supportive partner.

A: It’s the single most important career decision a woman makes: Is she going to have a life partner, and is that partner going to support her career? And by “support,” I mean getting up in the middle of the night half the time to change diapers.

Q: I assume men are getting better at that.

A: They’re getting way better. But they are still doing far less than half the child care and housework. Next time you go to a party, watch what happens when a baby starts crying. Watch the parents and see who gets up. Women still largely have two jobs, and men have one.

Q: Do you feel you have succeeded despite being a woman or because you’re a woman?

A: That’s a hard question to answer. I’ve had a lot of luck, a lot of sponsors, a lot of mentors. I’ve worked hard. But the success versus likeability thing has been difficult. When I had my first performance review with (Facebook CEO) Mark Zuckerberg, he said, “You care too much about being liked, and it’s going to hold you back.” I had something I needed to overcome. And in that case it had to do with gender.

Q: The biggest challenge you face in all of this may be the sense that we’ve been fighting the same battles for decades.

A: Yes. But I think now is our time. My mother was told by everyone that she had two choices: She could be a nurse or a teacher. The external barriers now are just so much lower. If we start acknowledging what the real issues are, we can solve them. It’s not that hard.