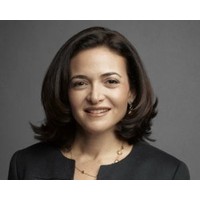 A few weeks ago I attended (along with about 1000 others) a talk by the chief operating officer of Facebook, Sheryl Sandberg. Previously a C-level executive at Google for nine years, Sandberg also served as chief of staff for Larry Summers when he was United States Treasury Secretary. In 2012 she was named in the Time 100, an annual list of the 100 most influential people in the world, and is reportedly worth US$1 billion.

The talk took place in the ballroom of the Beijing Grand Hyatt, perhaps the city’s most luxurious hotel. The audience was 80% female and included some of the most elegantly groomed executives I have ever seen. The irony of the situation was compelling.  Facebook, YouTube and Twitter are all banned in China and here was the COO of Facebook talking about gender equality. Mind you, the censorship here is not all bad – the government has banned reality shows where the audience votes for its favourite performers, saying it was too suggestive.

Sandberg was talking about her book Lean In, which argues strongly for gender equality in senior management and boards. The question that Sandberg tries to answer is why, 30 years after women became 50% of the college graduates in the United States, do men still hold the vast majority of leadership positions in government and industry?  To quote Sandberg: “A truly equal world would be one where women ran half our countries and companies and men ran half our homes.”

As the father of two daughters this is a good question. My own view is that you become a leader in a large organisation due to three factors: nature, nurture and luck.  Luck probably plays the most important part, but I would suggest that nature is also important.

As regular readers will know I like to use the Humm-Wadsworth model of temperament. In the Humm model, six components are related to a mental illness while the seventh acts as an inhibitor and stabiliser of the other six. There is one core emotional drive that all leaders must have, namely the politician component, which is related to paranoia.

Politicians are driven by the desire to win. They seek power and are steadfast, decisive and forceful. They are very good in arguments and very persuasive. Politicians often become managers in large organisations. They can be assertive and argumentative, and are very good with words. Politicians are so aggressive that they are frequently nicknamed tigers.  Blanche d’Alpuget, wife and biographer of Bob Hawke, calls this fighting spirit the warrior instinct and maintains that all successful leaders have this drive in their personalities.

If you agree with this hypothesis then a good indicator of the gender division of the politician drive would be the gender division of paranoia.  Men are twice as likely to develop paranoia as women, so you would expect twice as many men to become leaders as females.  This does not exclude females from becoming leaders but they do need the politician core emotional drive.  Julia Gillard and Maggie Thatcher are two who come to mind.  And having seen Sheryl Sandberg in action, she too is dominated by the desire to win and this is a major reason for her success.

Perhaps the most revealing anecdote in her talk was when she described how her younger brother and sister introduced themselves to the guests at her wedding. Supposedly the two younger siblings described themselves as “employee number one and employee number 2”, and said their earliest memories were being bossed about by their older sister.

Sandberg’s talk was replete with interesting quotes. My two favourites were: “There’s a special place in hell for women who don’t help other women,” and “Careers are a jungle gym, not a ladder.” She also gained empathy with the audience by beginning her talk with the famous Mao quote: “Women hold up half the sky.”