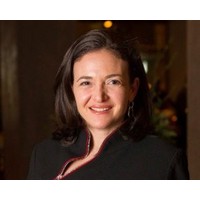 Since becoming the chief operating officer of Facebook in 2008, Sheryl Sandberg has managed the social media giant’s complex business operations. More recently she has taken on a second, no less public role outside the company as an advocate for women aspiring to leadership positions.

Her new book, Lean In – which Sandberg describes as “sort of a feminist manifesto” – is a call for women to act on their own behalf to overcome institutional and personal barriers to success. In this edited interview with Harvard Business Review’s editor in chief, Adi Ignatius, Sandberg explains why the workplace is ready for a revolution.

Q: What do you mean when you refer to your book as “sort of a feminist manifesto”?

A: The book is a combination of things. It’s partly stories from my own life and experience, partly data and research about gender issues, and partly a call to action by and for women.

Q: Would you describe yourself as a feminist? That word has taken a beating in recent years.

A: Had you asked me that when I was in college, I would have said I was not. But I think we need to reclaim the “F word” if it means supporting equal opportunities for men and women.

Q: What’s the big idea in Lean In?

A: The book is for any woman who wants advice on how to sit at any table she wants to sit at, and for any man who wants to be part of creating a more equal world. If we could get to a place of true equality, where what we do in life is determined not by gender but by our passions and interests, our companies would be more productive and our home lives not just better balanced but happier.

Q: You talk in the book about reigniting a revolution. How would you like to see that happen?

A: Women are making progress at every level except as leaders. We started accounting for 50% of college degrees 30 years ago, but progress at the top has stalled. For the past decade, women in corporate America have held only about 14% of C-suite jobs and 17% of board seats. There aren’t enough women sitting at the tables where decisions are made. Reigniting the revolution means I want us to notice all of this and find ways to encourage more women to step up and more companies to recognise what women bring to the table.

Q: What’s the cost to society when women don’t pursue their ambitions fully?

A: Warren Buffett has said, quite graciously and famously, that one of the reasons for his success is that he had to compete with only half the population. The more people who get in the race, the faster the running times will be.

Q: Some have criticised you for essentially blaming women for not being “better,” even though many of the challenges they confront are institutional. How do you respond?

A: Women face huge institutional barriers. But we also face barriers that exist within ourselves, sometimes as the result of our socialisation. For most of my professional life, no one ever talked to me about the ways I held myself back. I’m trying to add to that side of the debate. There’s a great quote from Alice Walker: “The most common way people give up their power is by thinking they don’t have any.” I am not blaming women; I’m helping them see the power they’ve got and encouraging them to use it.

Q: Say more about how women hold themselves back.

A: One important way, as I write in the book, is that they “leave before they leave”. That is, they take themselves out of the running for career advancement because they want to have a family. But in some cases they’re making these decisions years in advance – before they even have a partner! That should be a time when they lean in, not pull back.

Q: We’re talking a lot about what women do wrong. What do female leaders do well that men should emulate?

A: I don’t believe there are stereotypical forms of male and female leadership. But I think there are things we’re encouraged to do as women that can be good for all leaders. Women are often very good listeners. They are often good consensus builders. They can make teams cohesive.

Q: Is the ultimate goal for men and women to become more like each other, or to identify and celebrate the differences?

A: I think we want to understand the differences and celebrate them. But we need to break down limitations imposed by stereotypes. We don’t really encourage women to be leaders. We call our daughters – but not our sons – bossy. We overestimate our sons’ crawling abilities and underestimate our daughters’. Women are given messages all through their lives that they shouldn’t lead. At the same time, the world still isn’t very welcoming or respectful toward full-time at-home dads.

Q: I’ve asked female CEOs to talk about the experience of functioning in what is still essentially a boys’ club, but they inevitably decline, saying, “I view myself as a CEO, not as a ‘female CEO’.” Surely there’s a difference worth exploring.

A: Had you asked me that question five years ago, I would have said the same thing. No one talks about gender in the workplace, because if you say the words “I am a woman”, the other person is likely to hear “I want special treatment” or “I’m going to sue you”. A man who runs a large organisation told me it’s easier to talk in public about your sex life than it is to talk about gender. But there are real gender-based issues: how we understand ourselves, how we experience each other. One of my goals is to make gender an open and honest topic in the workplace.

Q: Why do so many highly educated women leave the workforce?

A: There are many reasons women leave – from lack of flexibility and discrimination to the desire to pursue other goals. The fact that so many women from top schools drop out of the workforce is one of the most important causes of the leadership gap. If we want to balance out leadership roles in the workplace, we have to balance out responsibilities in the home.

Q: The work-life balance can be daunting. I’ve never met a working mother who feels happy about how she’s doing either as a professional or as a mother. What’s your advice to women who feel so conflicted?

A: We have to be realistic about our choices. When we measure ourselves against people at work who don’t have other responsibilities, we feel we fall short. And when we measure ourselves against women who are with their children all day, we feel the same way. We need to recognise that we can’t do it all, that we face trade-offs every single minute of the day. We have to stop beating ourselves up for not doing everything perfectly.