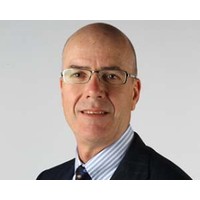 Shareholders greeted with scepticism the plans for a bright future laid out at today’s AGM of Fairfax Media.

There was a full house at the meeting, but the mood was subdued, even despairing, as speaker after speaker challenged the record of Fairfax chairman, Roger Corbett, and the performance of the board.

However, in an extraordinary moment towards the end of the meeting, Corbett agreed to drop his salary as chairman to below $400,000 in order to secure the 2.2 million proxy votes in support of the remuneration report held by the Australian Shareholders’ Association by policy officer, Stephen Mayne.

The remarkable concession reflects the sustained pressure on Corbett throughout the meeting, although shareholders complained afterwards that the board had gotten off too lightly.

In particular, Corbett was repeatedly grilled over the dramatic $2.8 billion asset writedown announced with the company’s financial results in August, which contributed to a disastrous $2.7 billion loss in 2011-12.

The writedown took the market by surprise and saw the company’s share price fall sharply to 38 cents.

It’s been a watershed year at Fairfax in which 1900 jobs – or 20% of the company’s workforce – have been made redundant in a program intended to slash $235 million a year from the cost of running the company.

The future is digital

CEO Greg Hywood (pictured) gave an upbeat assessment of the company’s future – a digital future in which the company is ready to ditch its print assets the minute they become unprofitable. There will be no cross-subsidy of the print business from any other part of the operations, Hywood emphasised.

Hywood reminded shareholders of the company’s plans to shut its massive printeries, built at a cost of $300 million, and to cut down the papers to broadsheet size.

Limp applause followed both Corbett’s and Hywood’s presentations, but the audience burst into loud applause when Chris Schacht, a former minister in the Keating Labor government, reminded Corbett of the “elephant in the room”: Fairfax’s largest shareholder and Australia’s richest person, Gina Rinehart.

“I think it is incumbent on you to tell us how you are handling Gina Rinehart,” Schacht said. “It cannot help the share price to have the biggest shareholder at war with the board.”

Corbett responded that the board had tried to find a way to accommodate Rinehart, but would only do so in the interests of all shareholders.