Fast Lane: Andrew Demetriou steps down – how to know when it’s time to go 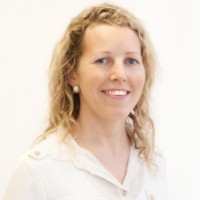 The chief executive of the AFL, Andrew Demetriou, announced this morning he will step down at the end of the 2014 season to many cries of “about time”.

Demetriou has been at the helm of the national league for 11 years but his leadership has been questioned recently following the Essendon doping scandal.

He said the growth of the game under his tenure has been “extraordinary” but it now “needs renewal and a fresh set of eyes”.

How do you know when it’s time to go?

It’s time to go, if like Demetriou, your role has become intertwined with a scandal or poor performance which has besieged your business.

Walking away or selling up allows the business to make a fresh start and put its problems behind it.

This is what happened to clothing and footwear chain Rivers, which was sold for a bargain $5 million after being plagued by sexual harassment cases.

It’s also time to go if what your business needs to get to the next level is not what you want to do nor is it what you’re good at.

Today I spoke to Lawrence Boyle, co-founder of Wild Cards & Gifts, who has just made the decision to sell his business to WH Smith.

Boyle knew the time was right because there were great opportunities to grow the business but he, and his co-founder and wife Sandra Boyle, did not have the appetite or skill set to do that.

“It can be an 80-store group, it can be a 100-store group, but we were not the right people. I think in business we should all understand our own limitations,” Boyle said.

Finally, it can also be time to go if you are feeling stressed out and burnt out.

That was the reason given by David Jones chief Paul Zahra when he announced he was stepping down from the top job.

“For many CEOs the hours are relentless – you’re working around the clock seven days of the week… I need a break,” he said.

It’s hard to walk away, but sometimes it’s the best thing to do.