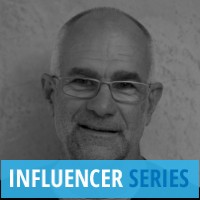 Building has always been in Neometro founder Jeff Provan’s blood. The 60-year-old Melburnian grew up in a family of builders, working on building sites with his dad as he grew up. After studying civil engineering and working in the field, in his 30s Provan began to lay the foundations of what is now one of Melbourne’s most well-respected design and construction firms.

Together with co-founder Barry Ludlow, Provan founded Neometro in 1985. With a focus on design, the firm employs 20 people and turns over around $50 million each year.

I grew up in a family of builders. I was the kid on the building site, working with my father. I then did engineering and I worked as a civil engineer for 10 years. At the same time, I did some building and design work on the side. When I was 30, I did a couple of years of architecture.

I always really wanted to be involved in architecture, design and engineering.

Neometro was self-funded. Co-founder Barry Ludlow and I put our own capital up. We also took out bank loans, which, at the peak of 1986, attracted a 21% interest rate. I still own part of the company, with a couple of external investors.

The company grew steadily. Another chap was buying and selling terrace houses and we did two warehouse conversions together. It was quite successful at the time and we were named the new innovator in the Dulux Colour Competition in 1986.

It was a moment when we thought this was going somewhere. We were just a couple of guys doing all the labour and running around. We weren’t tradies. But after that, people started to ask us to do stuff for them.

There were lots of architecture firms around but not so many interior designers around.

We did a few more projects and bought land to develop blocks of three to five townhouses. They were all in inner urban areas. The sites were a bit second-rate. Now it is acceptable to build next to a railway line or down a laneway, but, at the time, design effort was needed to create an amenity.

Neometro has changed as it has gotten bigger, but our focus is still design-based.

The same philosophy applies. We’re about design and quality: quality of amenity and product. It’s at the forefront of what we aspire too.

We’re still pushing design; it’s an integral part of what we do. And we work hard to do that and deliver that.

We’re always looking for new projects to do in inner urban areas. We’ve had a little look in Sydney, but there is still a lot to conquer in Melbourne.

Melbourne is a fairly unique city in Australia, with a strong cultural and design sensibility.

We’ve always had a business plan, but when there are just two of you, it doesn’t need to say much. We now have a very structured business plan that we review every three months and change or modify or reflect on it.

Our business plan also reflects our values. We’ve had a couple of new business partners come on board recently and it helps them with the qualities and DNA of the company going forward.

It is easier to find the management skills you need so long as you keep the essence of the company. The core values of the company don’t change whether you do two houses a year or 100 a year.

Neometro has a triple-bottom-line approach to business. Success is not just financial, it’s about, socially, what you can offer back to the community and what sustainability you can offer your staff in terms of a lifestyle and job satisfaction.

There are a number of things that make you successful; it’s not all about being profitable. We’ve had people working us for 20 years. People want to come to work for us.

We were the first property developer in Australia to receive B Corporation certification, which assesses the values of your company.

It’s a self-serving quality stamp, but people do look at if you are a B Corporation company. And it makes you question all the things you do, what you can improve and where you can grow.

We aim to provide leadership so our staff members take their own initiative; so they want to be part of something that is quality.

We are creating buildings that will last for 100 years or more. It’s not something that will become disposable in a few years. Ten years becomes a very short period in the life of a building.

In 2013 we launched Open Journal, which is an online publication that talks about art and design and what’s going on in Melbourne. It is an avenue for us to try and express some of our values and things we really aspire to.

It’s not about waving the Neometro flag at every opportunity. It’s about promoting good design, products and architecture. It’s a glimpse of what we aspire to, what the brand aspires to.

Sometimes I can lie awake thinking about the smallest detail on a job that, if you get wrong, it is multiplied 40 times.

Ideas and Instagram also keep me awake. I like seeing what other people are doing at the moment.

[Instagram] is a collection of images that you can store. I have an account for holidays, one for apartments, one for housing. I stash images away that strike me and, in some way, that feeds back into what we do at Neometro.

I have been trying to stand back a bit and really mentor a few people in the business. I don’t really focus on the day-to-day anymore.

It’s nice to be able to stand back a bit.