First day on the board: How Jack Cowin can impress Fairfax’s directors 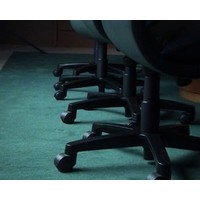 After an ongoing saga that’s lasted months, today the founder of Hungry Jack’s and non-executive director of Channel 10 sat down for his first Fairfax board meeting.

Cowin was announced as the latest addition to Fairfax’s board by chairman Roger Corbett on July 19. “Our discussions with Mr Cowin over recent months have made it clear that he has considerable value to add to the company,” Corbett said at the time.

Fairfax is in trouble: its profits and share price are in rapid decline. Cowin is one of many to criticise the company’s strategic direction in recent years. But now he’s on the inside; a member of a board whose members he hasn’t always seen eye to eye with. He is a friend of billionaire Gina Rinehart, Fairfax’s major shareholder, who has tried for a board seat, but been rebuffed.

She says one outspoken individual, on their own, isn’t likely to be helpful in developing the organisation’s strategy.

“If Roger [Corbett] has asked Jack [Cowin] onto the board because he brings a lot of experience and wisdom to the table, and he wants his input, even then it’s still only one view in a group of people. They have to form decisions through good discussion, hopefully with lots of different opinions being presented.”

Julie Garland McLellan, a board director and chairman, says board members have two ears, two eyes, and one mouth, which they should use in that proportion. “You want to take in more than you give out.”

Nonetheless, the expectations on incoming board directors have changed in recent decades, and they are certainly expected to contribute from their first meeting, she cautions.

“It used to be, in the bad old days of history, that you were expected to not say much for the first six months. You were expected to sit there and learn what was going on… To some extent there is some validity in that – it is a very different role to the executive roles most people have before joining boards.”

“But now people expect board members to add value from the very first meeting.”

Kathleen Conlon, a director at miner Lynas Corporation as well as on the New South Wales branch of the Australian Institute of Company Directors, says a director has to establish credibility and rapport to be an effective board member.

“It’s important in your first meeting to contribute effectively in at least one area, but it’s really important not to talk too much,” she says.

“To say nothing is not an acceptable response – you were bought onto the board for a reason, you’re expected to have done due diligence on the business. You’re expected to be a senior enough person to contribute to the meeting.

“In your first meeting, you’re trying to create relationships with the other board members and executives,” she says.

“At a first meeting, I try to make sure I have two or three insightful questions or important contributions, but not to go much over that.”

Conlon says she does this partly to demonstrate that she’s “done the work”. “Executives, in particular, know if you have, and they appreciate it,” she says.

Conlon adds that there’s a certain style to asking questions in early meetings.

“You might say ‘I haven’t been part of these meetings before – have we covered this previously?’” If they have, a board director should take the discussion up outside the board with the chairman or CEO to understand what’s going on. “That way you’re not being arrogant; you’re assuming they’ve gone through this. You avoid bogging the meeting down with lots of stupid questions.”

When board member joins a board in contentious circumstances, like Cowin, it throws up unique challenges in their earliest meetings.

“There’s going to be a lot of interpersonal tension around that table,” Garland McLellan says, “which an experienced director like Cowin will have some ideas about how to deal with.” Everyone reacts differently though, so figuring out what works is likely to be a process of trial and error.

“Not that any board appointment is ‘normal’ – they’re all exceptional in some way,” she adds.

Being able to contribute effectively at your first board meeting is largely a matter of groundwork.

Board directors need to conduct some measure of diligence even before they join, Garland McLellan cautions.