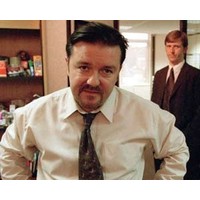 Bad management appears to be an epidemic in the United States (and international rankings put Australia even further below), costing the US economy a total of $360 billion every year in lost productivity. Sadly, 65% of employees say they would take a new boss over a pay raise, and three out of every four employees say relating to their boss is the most stressful part of their job.

It’s not like we’re not trying: according to the American Society for Training and Development, in 2011, US firms spent about $156 billion on corporate training. But there is good news: over the course of 2012, researchers uncovered many insight to help us improve the quality of leadership. Here are five of big discoveries.

1. Why incompetent leaders keep getting hired

There’s a reason we hire poor leaders. It’s not because of incompetent HR departments, or poor competency frameworks. According to a new study to be published in the Journal of Applied Social Psychology, narcissism increases one’s chance of acing a job interview. And the more extroverted someone is, the more likely they will be hired.

In short, we hire poor leaders because they interview better.

Unfortunately, narcissism doesn’t equate with leadership success. Studies suggest that overconfidence can often have a detrimental effect on an individual’s performance and decision-making. An arrogant boss is simply bad for business. This is because they do not mentor their employees nor do they motivate their team enough to benefit the organisation as a whole. This contributes to a negative workplace atmosphere. Organisational psychologist and professor Stanley Silverman of The University of Akron and Michigan State University developed a measure of arrogance, called the Workplace Arrogance Scale (WARS) to help organisations differentiate between narcissism and competence before they experience a costly impact.

If overconfidence is a natural tendency for some, employers must recognise this as a potential flaw rather than an asset. Good interviewers look out for these tactics, and know how to look past them.

“Collective intelligence” is the study of how small groups make decisions and solve problems: literally how smart teams are and why. It turns out that teams have a relatively stable intelligence over time, just as individuals do, and this intelligence can be measured and compared.