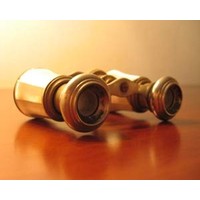 In October and November, many listed Australian companies will hold their annual general meetings.

And while there’s been plenty of criticism this year about whether the humble AGM still does its job, it remains the only forum through which every single shareholder can have some small impact on the companies they own.

It’s been a tumultuous AGM season in the UK, where shareholders pushed out many an executive over their corporate pay. Back home, it’s been a year of feisty clashes between high-profile corporate personalities. We take a look at some of the most interesting AGMs coming up over the next few months.

This year sees the second round of AGMs affected by the ‘two-strike’ rule. Introduced in 2011, the rule dictates that a motion must be put at an AGM allowing shareholders to vote on a company’s remuneration report. If more than 25% vote against a company’s remuneration report two years in a row, a board spill is triggered, where shareholders get to vote on whether to retain or sack existing members.

More than 100 listed companies received a first strike in 2011, including big names such as Pacific Brands, BlueScope Steel and GUD Holdings. Stephen Mayne, the Australian Shareholders’ Association’s policy and engagement co-ordinator, says watching how the rule plays out in its second year will be the most interesting aspect of this year’s AGM season.

“How many of them will have sufficiently reformed their pay practices to avoid a second strike? Of those that do get a second strike, what then happens with the board spill resolutions? That’s the unique new element, and will be fascinating to watch,” Mayne says.

Grocer Woolworths has earned the ire of activist group GetUp! for its majority ownership of 12,000 poker machines, which GetUp! claims are damaging the community. In a first for the increasingly powerful online group, its leadership organised retail shareholders of the company to petition for an extraordinary general meeting in July in order to put forward a motion to amend the company’s constitution, limiting its ability to make money from gambling. Woolworths took the matter to court, arguing there was no need for an EGM as the issue could be addressed at the AGM in November.

The Federal Court ruled that the EGM should be held on the same day as the Woolworths AGM on November 22, thereby minimising costs to the company.

“It’ll be very interesting to see if Getup! gets any traction with Woolworths shareholders,” Mayne says. The group is understood to be speaking to both institutional and retail shareholders to try to drum up support for the motion.

Even if it doesn’t succeed (it probably won’t), it could embolden the group to target other companies with business practices and models its members find objectionable.

Casino operator Crown’s AGM will not lead to a board spill (more on that later). But it will be intriguing to see how a controlling shareholder deals with the two-strike rule.

Crown received a 55.7% vote against its corporate remuneration report last year, but rather than holding steady on pay, the company opted to increase the pay of five of its top six executives (chief executive Rowen Craigie missed out).

However, the company has addressed some shareholder concerns about transparency in its annual report. It’s a lot clearer to see how the company awards bonuses now. Whether this will be enough to placate its shareholders remains to be seen.

It’s worth noting that a spill motion at Crown cannot gain majority support. The chair, multibillionaire James Packer, owns 48% of the company, but as a director-shareholder he is prevented from voting on remuneration. He can, however, vote on the board spill, and Packer has indicated he will to reinstate the board if it comes to that. This means almost all the other shareholders would have to vote to kick out the board for a spill to be successful.

Packer, through Crown, is also a large shareholder in Echo Entertainment Group, and he’s put his shareholding to work.

Agitation to get his man, former Victorian premier Jeff Kennett, onto the board led to Echo chairman John Story resigning in June. In a statement, Echo said the continuing calls for Story’s removal, which were made by Packer, were damaging the business.