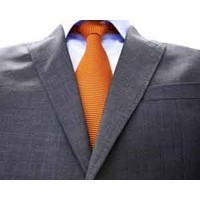 Australia’s top CEOs are largely in their early 50s, male, and university-educated, often at overseas institutions.

These are traits you’d expect among the CEOs of our 50 largest ASX-listed companies.

But not everything revealed in today’s Suncorp survey of these CEOs – the “Suncorp Bank Power Index” – was so predictable. The study busts five myths about what it takes to be a top CEO.

The study reveals that if you want to lead a top company, you’re far more likely to be promoted internally than headhunted from afar. Two thirds (66%) of the CEOs of ASX50 companies were internal appointments, who were usually promoted after serving in a deputy role at the company.

This suggests soft leadership skills aren’t as important a characteristic for leaders as knowledge and expertise in the workings and challenges of a particular business.

They don’t. In fact, only one in four of our top CEOs has an MBA.

The most common undergraduate degrees were economics (16%), commerce (16%) and engineering (16%), closely followed by degrees in science (14%) and arts (10%). “If you want to make it to the top of the corporate business ladder, a commerce, economics or engineering degree appears to be the most common ticket to success, with the prestige degrees of medicine and law taking a back seat among this group,” Suncorp Bank executive manager Craig Fenwick said.

Even more surprisingly, one in 10 of our top CEOs has only a high school education.

3) The glass ceiling’s been cracked, or at least dented

This is counterintuitive only in the sense that many would expect we would’ve made a little more progress towards gender equality. When it comes to Australia’s largest listed companies, only two (Westpac and Sydney Airport) are led by women.

4) Baby boomers are sitting on all the good positions

However, it does take a little while to get to the top. The youngest CEO to lead an ASX50 company is NAB’s Cameron Clyne, who is 44. He’s closely followed by rival CBA’s Ian Narev, Dexus Property’s Darren Steinberg and Incitec Pivot’s James Fazzino, all 45. The oldest CEO of a top 50 company is Rupert Murdoch at 81. The average age is 52.

Our most prestigious education institutions are the University of Sydney and the University of Melbourne, according to international rankings such as those carried out by QS World University Rankings and Times Higher Education. But they don’t produce the most successful CEOs.

But when it comes to education, international experience does matter. One in three CEOs has studied overseas.