Five things leaders can learn from my enforced layoff with appendicitis 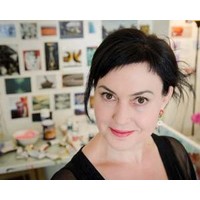 It’s hard to rearrange life from a hospital bed but that is what I had to do this week, having been admitted on the weekend for an appendectomy.

As well as handling the practicalities of suddenly becoming an ‘offline’ online company, being in hospital reminded me of the human face of business and the importance of ensuring that brand promise and business practice aligned.

One of the first things I had to do once admitted to hospital was cancel my meetings for the week ahead. This is not as easy as it sounds. Few people pack chargers for a Saturday morning visit to the GP (where all this started) and I was no exception.

In that context, arriving at a busy emergency room with a smartphone battery hovering at 38% and hours to go before you know what is going to happen is a scary thing.

Fortunately, my MacBook Air was fully charged – and because it tucks neatly into my bag when the decision was made that I was heading up to the ward instead of back home – I knew that all I had to do was plug into Wi-Fi.

Instead I was handed a two-page form and told to fill it out, provide my unique computer address (with instructions on how to find it, something I wasn’t quite up to given the pain) and that it would take three days to process by IT, once they got in on Monday.

In other words, the hospital would approve my request for use after I was discharged.

Now I know that hospital is a place for rest and recovery and not running a business, but the reality is that patients have families and jobs; these are part and parcel of their humanness and need to be managed as an integral part of their care.

I will come back to that word.

My issue was not the outdated approach to IT but the mixed messages about who they were, since I could follow the hospital on Twitter or Facebook and check in them with on Four Square (all admirable in my view).

Here was an organisation with one foot in the present (channels that invite real-time communication, congruent with a profession that’s about connection and care) and (at least some) internal processes from another time.

It’s not uncommon. Many businesses are thwarted by internal (often legacy) systems that rub against their values or brand attributes.

The problem is that whatever the internal challenges (and they can be significant) it’s not possible to lop off a part of the business from the other ways in which people discover and engage with us and form their views.

In the modern world, love it or loathe it, that’s online.

As author and online communications expert Trevor Young says, web-based communication creates a connected brand that brings us closer to the people who matter to the success of our brand.

On the flip side if the disconnect between promise and practice becomes too large, it impacts credibility.

Lesson 1: Your practice should reflect your promise.

We have to be conscious of this as much at the strategic level of business as in the minutiae. That doesn’t mean perfection, it means care.

And it’s not necessarily an automatic process.

For example, when I was preparing the email to clients I found myself debating whether I should be open about why I was rescheduling or just be ‘professional’, instinctively translated in my mind as ‘impersonal’.

This thinking was a remnant of my many years in the corporate sector where ‘spin’ replaces ‘speaking’ and saying something by saying nothing (provided it sounds ‘professional’) cuts mustard.

It is also the antithesis of real connection or communication.

The strong bond that I share (and value) with some of my clients has been formed as a result of the many personal exchanges that have been made working together. These transform the transactional quality of business into a relationship.

Lesson 2: In real or virtual life, brands are built on relationships with people we know, like and trust.

No sooner had I pressed ‘send’ than clients emailed back with well wishes and pokes about how I was still managing to post on social media, despite the situation.

Like many people who use Twitter I follow links and read extensively but rather than sharing material or comments in one go, I push them into a BufferApp, which schedules them to come out on Twitter, Facebook or LinkedIn at different times throughout the week.

I coach executives in this technique because it allows an authentic and constant presence in Twitter (important for a global platform) while keeping the input side manageable, vital for those in busy roles.

It also allows me time to engage in the to and fro of chatter through the week, one of the most important elements of Twitter (and something even those who are using the platform do not necessarily understand or practice.)

While I had not thought about the implications of this for my hospital stay, my clients immediately highlighted the gap.

This is what happens when you stop the hands-off defensive approach to brand management and instead, let people in.

Lesson 3: If you genuinely want to know what customers think they will tell you, fast. And it helps.

I needed to work out how long I’d be offline so that I could determine my approach.

By this stage, my husband, Paul, had brought in my overnight bag and a copy of The New Rules of Marketing and PR by David Meerman-Scott, which I read after visiting hours.

David’s observation that people were treating the web as if it was a giant TV, pushing products with empty copy and failing to understand how fundamentally the web changed engagement really resonated, and so I sent out a tweet.

While it should not have been a surprise (a two-way conversation rather than a push marketing message is a key difference between TV and online communications after all) it was still a pleasant reminder that social media is:

1. Immediate, allowing real-time communication with people from anywhere in the world; and

2. Direct, connecting you one-on-one with writers (bloggers, CEOs, politicians, people) rather than the oversupply of gatekeepers whose role is trying to shield the ‘gatekeepees’ from a reality that is at any rate, rushing in.

The whole experience was consistent with David’s message that web allows you to directly speak to customers and buyers and establish personal links with people who make your business work.

Here was my conundrum: I was (largely) unavailable but my Twitter feed and LinkedIn posts were saying that I was. While that’s okay where time zones cross and it’s only a matter of hours before I could get back to people, things had changed.

While initially I thought I might be able to keep up less intense engagement on my (now charged) smartphone, the reality was I needed time out.

I felt my social media presence (brand) had to be consistent with what I was offering (product); that included connection, conversation and engagement.

So as not to send mixed messages, I unscheduled my Buffer App.

I also let people that I engage with frequently know that I was offline, the equivalent of putting a sign on the front door of your office when you move.

Real-time communication creates that exact expectation – that you will engage in real time. That does not mean you have to be available 24 hours to be a social business, but that expectations around your availability is transparent and managed.

Lesson 4: In life as in business, walk your talk.

Although these were practical tasks they reflect some of the deeper issues that brands face today.

For one, circumstances change. A brand has to be attentive, it needs to understand where people are and what they want and find the best way to communicate with them right here, right now.

For most corporates that means realizing that they’re not going to find the eight people who come online a second by placing ads on page 71 of their local paper.

In my case, it meant managing a withdrawal from connectivity.

It’s not the tool that counts, but how it helps you achieve the outcomes you want at any specific point in time.

Lesson 5: Strategy is not ‘set and forget’ but requires constant review and adaptation.

No one knew that by 2013 there’d be more devices connected to the internet than people on earth, but then I didn’t know I’d be in hospital on the weekend.

We cannot predict the future, but we must put ourselves in the best position to respond to its challenges.

The Wi-Fi was of course only a moment in this story; one which ran the gamut from excellence in surgical treatment and care (for which I am grateful) to moments of carelessness; sometimes of patients (pain is not pretty) towards staff or the other way around.

There were lighter moments like a sandwich I was offered after two days fasting that I mistook for a thick layer of cheese (it was butter), perhaps not an icon for health.

Mixed messages. Yes. But having been part of the healthcare system for that short time I was also struck by the enormous complexities that leadership in health must entail. No easy feat.

But I also noticed that despite real systemic issues (such as funding and crowding), individuals within the same system and under equivalent pressures responded very differently to the job.

This is where leadership comes in and that’s not about position, but practice.

These are the times in which you, as a person or business, tell a story that becomes your brand.

Frankl said ‘in between stimulus and response there is a space, in that space lies our power to choose our response, in our response lies our growth.’

I think he was right.

I will not forget the young nurse who, unable to find a good (unused) vein for drawing (even more) blood, went out of her way to locate a colleague who was considered a genius vein hunter on the ward. Why? Because she knew I was in a lot of pain and wanted to avoid hurting me if she could.

That is what I remember most about the last six days in hospital, and personally, I think it’s the most important lesson of all.