Five top entrepreneurs among those honoured in Australia Day gongs 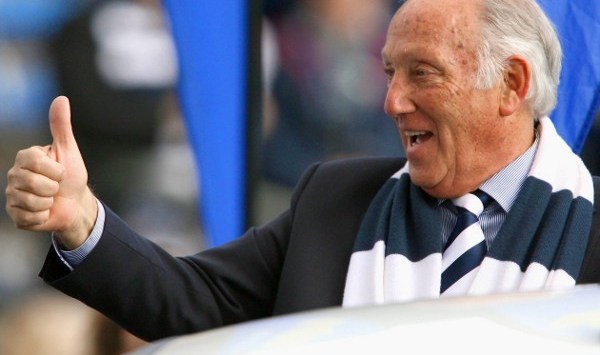 While the Prime Minister’s decision to knight Prince Philip may have grabbed the headlines, a large number of entrepreneurs have been lauded in this year’s Australia Day honours list.

Australia Day 2015 brings the number of individuals on the list to over 40,000 and this year’s list contains a significant number of entrepreneurs after small business and entrepreneurs were mainly overlooked in last year’s list.

Those to be honoured include:

The business was established by Frank Costa’s great uncle in 1888 and employs more than 7000 people during fruit-picking season. Just last week Costa announced the business was up for sale or a potential initial public offering after a lack of interest from his family in taking over the business.

The Costa Group will seek to raise between $300-$600 million via a float, giving it an enterprise value of between $800 million and $1 billion.

“We don’t have what I would consider the correct strength in the family coming on to take over such a big organisation now,” Costa told the ABC.

“So you’ve got a decision to make and it’s best to make it when you’re in control and you’re still able to do things as required and we think the timing is pretty good right now.”

Real estate mogul Brian White was announced as an Officer of the Order of Australia.

White is the chairman of Ray White Real Estate and grandson of the business’s founder.

The business employs more than 13,000 people with an annual turnover in excess of $27 billion.

White joined the family business in 1962 after completing an economics degree at the University of Queensland.

He was awarded the honour as a result of his success as a businessman and supporter of the arts.

Wizard Home Loans founder and Yellow Brick Road chairman Mark Bouris was made a member of the Order of Australia in this year’s list.

Bouris was honoured for “significant service to the finance industry, particularly in the home loan mortgage sector, to education and to charitable organisations”.

Bouris also leads technology company TZ, stepping into the role in 2012 after the business lost a key contract with Australia Post.

The Australia Day honour did not allude to Bouris’ claim to fame as the host of television show The Apprentice.

The founder of one of Australia’s first email providers, OzEmail, has been named as an Officer of the Order of Australia for “distinguished service to a range of charitable organisations, particularly youth welfare and medical research, as a major benefactor and supporter, and to business”.

Fifty-five-year-old tech millionaire Sean Howard has worked as the chairman of youth charity Youth Insearch for almost a decade and has given over $1 million to the charity.

OzEmail was sold for $520 million in 1999 and Howard now focuses his business interests on retirement homes and holiday resorts.

He now heads up development and construction company the Walker Corporation and his fortune is valued at $2.31 billion in the latest BRW Rich List.

Walker was made an Officer of the Order of Australia for his services to the community through social welfare, medical research and healthcare support, as well as heritage.

Walker is legendary for knowing exactly when to exit a business deal after he floated The Walker Corporation on the ASX in 1994 selling his shares to Australand Holdings in 1999 and retreating to his private investment vehicle, McRoss Developments.

In 2003, Walker exercised his right to reuse the Walker Corporation name and rebadged McRoss Developments and sold again near the top of the market in 2006 in a $1.25 billion deal with Mirvac.