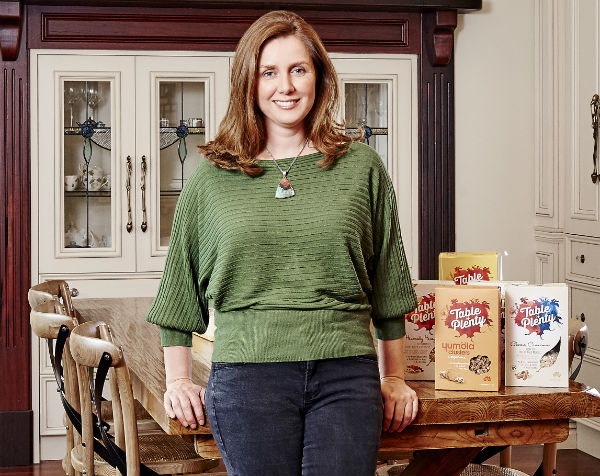 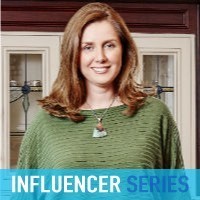 Kate Weiss founded her food business Table of Plenty nine years ago after her daughter Amy was born with a rare genetic disorder. Within a few years the company’s spice blends, mueslis and healthy snacks could be found on shelves in Woolworths and Coles.

Today, the business turns over more than $10 million. We spoke to Weiss to find out what motivated her to start Table of Plenty and what it was like winning the 2014 Telstra Business Owner of the Year award.

When I started out, I did all sorts of things. When I moved to Australia and got pregnant, that’s when I settled down. I was in marketing and sales but in the IT area.

I was doing something I didn’t love and Table of Plenty was me striking out into the unknown. I really wanted to see how I could integrate everything in my life and feel like I was nourishing myself.

I was 28 when my daughter Amy was born and I wasn’t expecting to have a child with a disability. But that’s what life threw my way. It stopped me in my tracks and I had to do some soul-searching about how I was going to organise my life.

It put everything in perspective and made me think about what is most important. What I found was I wanted to do something I was passionate about.

Have a motivation that is bigger than yourself and keeps you going. For me, it was giving back to the community through our support of people with disabilities and, on a more personal level, I thought the business could be a vehicle to support Amy in the long-term.

I’ve always been a very creative person and if I look back I was always up on the kitchen bench with my mum while she was cooking. That’s what brought me to food – it’s something that I love but it also has a universal appeal as a business.

Everyone needs to eat and in Australia people love their food. It just felt like the right thing to do.

I believe what you put in your body is a really good foundation for your mental health. We’re not a health-food company as such, but our products use wholefoods which is very much my philosophy.

It’s not difficult to feed yourself healthily if you know how and have a few core principles to go by. It’s about going back to those core principles.

We started talking to the supermarkets in 2006 and with Woolworths that was a huge breakthrough. That was amazing; it definitely opened doors for us. Then we launched our mueslis, which we originally launched with Coles. Again, that was a good foot in the door.

It took a few more years for Coles to take up our dukkah. Each time you bring in another product you may go see a new buyer and in a way that’s a new deal. It’s an ongoing process.

My advice to other entrepreneurs wanting to break into the supermarkets is to understand the market and really know what your customer is after. Give them a good business case.

When you get bigger it’s important to have more business discipline. When it was just me and my husband in the beginning we didn’t have the same discipline as now. We have a vision and we do definitely have targets, but it’s something we’ve developed as we’ve grown.

If I could wave a magic wand I would have some way of picturing that the quality was really consistent all the time. There are so many things that can go wrong in food production.

That’s my worst nightmare – that people don’t have an amazing experience. You can never take your eye off it and food quality is so core to everything: our perception as a brand, to people’s wellbeing.

I think healthier food is a trend that is definitely gaining momentum. You can see it with sugar and fat and, in fact, if you look at the whole nutrition pyramid, people are rethinking everything at a scientific level. We’re at a very interesting time.

When Coca Cola is starting to worry because the younger generations aren’t picking up their products, you realise health is here to stay. It’s definitely on people’s agenda.

There were so many business and amazing women nominated for the Telstra Business Awards that it was an honour to get one of the national awards. What it did for me was it really made me glad that I was sharing our story because it was something we didn’t do for many years.

Our packaging has been very powerful. Breakfast cereal is one of the things that stay at the table and people read what’s on the back. But on social media people want sound bites, something that takes one minute to read at the most.

People like to know where their products come from. If there’s a story to tell, then tell it.