For love and profit: Why Harold Mitchell didn’t cash out two years ago 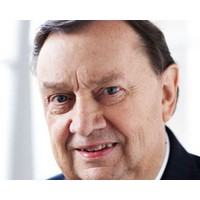 Harold Mitchell wasn’t scrounging for dough, but his astute play two years ago has resulted in him coming into a lot more of it.

In 2010, the Rich Lister turned down money to instead take a 4.2% stake in Aegis Media, the UK-based global media company that was buying Mitchell Communications Group, the company he spent 34 years building.

Yesterday, Aegis finalised the details of a friendly bid by Japanese advertising company Dentsu Inc at £2.40 ($3.65) a share – a 48% premium on the company’s current share price. This will net Mitchell a $200 million payout should the deal be accepted by shareholders at the end of the year.

When Mitchell Communications Group was sold for $363 million, Mitchell owned 30% of the company, meaning the stake was valued at $114.9 million. In just two years, Mitchell has doubled his money.

Not that he’s been a passive investor in that time. He stayed in the business, heading Aegis’ Pacific operations, which has offices in Australia, New Zealand and Singapore.

Did he suspect his gambit would pay off so spectacularly?

“I’d always planned for it to increase … you wouldn’t do it otherwise, would you?” he cheekily tells LeadingCompany.

“I wanted to be close,” he says. “I felt with a substantial shareholding, I could be.”

“I also wanted to make sure …  my clients and staff knew I wasn’t walking away.”

Under the deal he proposed, he became Aegis’ second-largest shareholder.

“I could have simply taken the money, but I believed in the long-term.”

The high Australian dollar at the time was another factor, as it boosted Mitchell’s buying power.

“The dollar was at a 25-year high to the pound, and so it made sense to use the base of what the Mitchell company was as an asset in Australian dollars to put to the world.”

Mitchell is bullish about the future, and about the advertising industry.

“I believe Australia is in a very special moment in time,” he says.

“We have an incredibly strong economy … and our Australian advertising industry is an exceptional one.”

Australia has 5% of the world’s advertising market despite having less than 1% of the population, Mitchell explains. Our advertising industry is the same size as that of France, giving us the highest per-capita advertising level in the world.

“We are very good advertising people. I want to deal that skill, expertise and business onto the world market.”

He says this was what prompted him to sell in the first place – it was a growth plan into global markets — and he’s confident Dentsu Inc will handle the business well.

“I know them. We’ve worked with Dentsu in Australia for a long time. We have great respect for each other.

“And this is a very significant deal [in advertising]. Japan, the fourth-biggest economy in the world, is moving to embrace more integration with the world. I’m absolutely delighted to be involved in something as historic and big as this.”

Asked what the future holds, he asked this reporter: “Would you like to be working when you’re 70?”

But he says there’ll be “no change at all” in his Australian operations after the sale. He will continue in his current role, and his son will continue as deputy chairman “This is a classic modern Australian story, which is that Australians do very well in the world… and it’s a particular story of mine. People should continue to work where they can in different roles.”

How it all began, and the secrets to Mitchell’s success

The saw miller’s son didn’t finish high school, dropping out to work at the same sawmill as his father when his mother left the family. He got his first job at an ad agency when he was 16 by dint of having travelled the furthest for his interview.

Mitchell worked as a media buyer first for ad agency Biggs and James, and then moved around a bit before, in 1976, founding his company. With Mitchell Communication, Mitchel introduced the idea of the ad middle-men; before he came along, ad agencies negotiated deals directly with the networks and newspapers.

Mitchell isn’t a creative – he’s a media buyer for his clients. This concept, which he pioneered, has resulted in him today controlling $1 billion annually in ad money for more than 4000 clients. That’s 20% of the Australian advertising market, according to The Australian Financial Review.

He’s notorious for his work ethic: Mitchell worked seven days a week to establish Mitchell Communications. A 2006 profile described how he never turns off his mobile phone, and though he travels to London every third week these days, he doesn’t take holidays

Mitchell doesn’t really have time to unwind (though he tells LeadingCompany he has a “balanced life”).

He’s a keen philanthropist, adept at lobbying and fundraising for his causes. These causes are numerous.

He’s also got his own philanthropic organisation, the Harold Mitchell Foundation, which has distributed more than $5.1 million since it started 11 years ago.

It’s this network of influence, as well as his media-buying power, that saw him dubbed the most powerful man in Melbourne by The Power Index earlier this year.