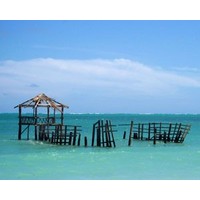 Such an unresponsive approach is one example of an old-world attitude to supply chain management, Pearson explains to LeadingCompany.

Too late for just-in-time

The 1800 workers stood down by Ford for the next few days might wish their leaders were more up to date on supply chain management. The Ford plant has ground to a halt because a supplier of their car parts – CMI Industrial – went into receivership, leaving them without essential components.

Ford’s just-in-time approach to supply chain management is no longer the world’s best practice; the world is no longer the stable place in which such a strategy can dominate. “Volatility has always been with us, but the speed with which it is hitting us is new,” Pearson says. “Just-in-time and single-sourcing removed all the flexibility from the supply chain. It is very efficient and has driven down working capital and cost of goods sold, but suddenly supply chain managers are getting a whole set of impacts from different places.”

The unpredictable – Fukushima, volcanic ash clouds over Europe, the Queensland and Victorian floods and fires – have combined with the more familiar wildcards, such as terrorist attacks, currency and commodity volatility, to bring unprecedented chaos to the job of supply chain management. And then, of course, there is the internet.

The cost of getting it wrong

Lack of flexibility comes at a big cost to shareholders, an Accenture study found.

“We looked at 68 listed companies in 2011 that suffered a production failure, from a power shortage to a quality problem,” Pearson says. “The impact on total shareholder return [share price and dividends] was a 7% reduction in value.”

Although the sample size was small, Accenture wanted to draw a correlation between mismanagement of supply chain and shareholder value. There were further correlations between the type of failures and the types of impact. “But we were just trying to prove that when you have these failures, it is significant,” Pearson says.

The shift to Asian outsourcing has made Australian companies particularly vulnerable, Accenture’s Australian managing director for operational consulting, Olaf Schatteman, tells LeadingCompany. “We have very long supply chains to Australia,” he says. “Look at shipping costs in and out of Australia. Nothing I can think of changes as much as the container rates, which is about global demand for shipping lanes. This can have a huge impact on the business case around manufacturing offshore, versus locally.”

Local retailers felt the impact recently when consumer demand slumped in the two-month period between them placing orders with Asian suppliers and receiving the goods. “There is not much that needs to go wrong for the whole equation to go south,” Schatteman says.

The risks are not restricted to manufacturing sectors, however, the experts say. Sectors as wide as banking, healthcare, media and defence are all grappling with chaotic change.

The built-in flexibility essential to today’s supply chain has been dubbed “Dynamic Operations” by the consulting group.

Early movers on the issue are building in flexibility in three ways:

Although change is under way in many companies, Pearson says few have developed responsive capabilities in four key areas he defines below:

“The single biggest difficulty companies find is their people – getting people to realise that being adaptable is surviving.”