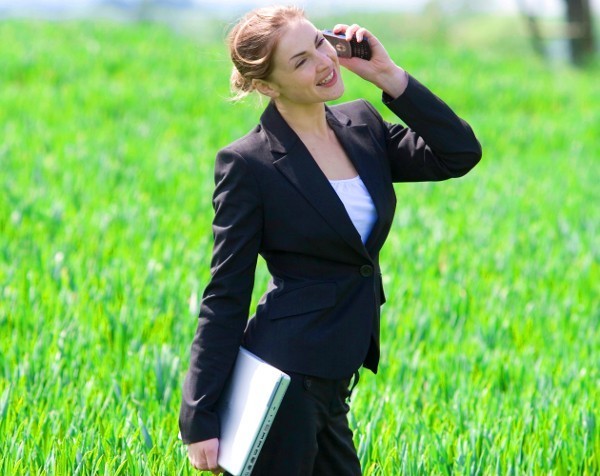 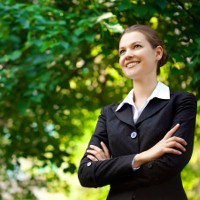 Most of us know firsthand that spending time in nature can make us feel better. This isn’t just a placebo effect: decades of research show that seeing vegetation, water, light, and animals is linked with many psychological benefits.

Evidence suggests that viewing nature can also help improve attention spans. Being able to maintain our attention to concentrate on tasks and ignore distractions is important for everyday life. At work, better concentration helps us stay on track, attend to important information, block out distracting email alerts and chatting colleagues, work more efficiently, and maintain performance across the day.

For employees, taking scheduled breaks throughout the day is important for attention, well-being and productivity. Sometimes, however, the lunch break seems too far away. How then, do you provide your brain with a little pick me up so you can keep going? Our new research suggests a “green micro-break” may provide just the boost you and your work-weary brain need.

We set out to uncover whether a short 40-second break viewing a city green roof could boost attention. Green roofs are an increasingly common way of introducing more nature into cities and normally consist of low-growing plants in lightweight, thin soil-like mixes that sit over drainage layers on a building rooftop.

Our experiment used a neuropsychology test called the “Sustained Attention to Response Task” (SART). Participants had to work at a computer and respond correctly to numbers flashing up on the screen. Each time a number flashed up, they had to press a key unless, that is, that number was “3”. For the number “3”, participants had to refrain from pressing a key. The test is not very hard, but it is boring, and you have to really pay attention to perform well.

Once the 150 participants became tired from the SART, we gave them a 40 second micro-break. During the micro-break each participant saw a city scene on the computer. The scene was a view from a city high rise but with one difference: half the participants saw a normal concrete roof, while the other half saw a flowering meadow green roof. After the micro-break, participants performed the SART again and we compared the performance between the two groups. Above: The city scene with a concrete roof. University of Melbourne.

After the break participants who saw the green roof performed better than those who saw the concrete roof. That is, they made fewer errors on the task and showed steadier response patterns towards the flashing numbers. Above: The city scene with a meadow green roof. University of Melbourne.

In our study, participants who saw the green roof showed fewer attention slips and as a result, better attention control. Compared with their concrete roof counterparts, they also showed more consistent alertness after the green roof micro-break.

For decades researchers have wondered whether brief glimpses of nature could boost attention. Until now though, they have only found these benefits in studies where participants were exposed to nature for longer periods of time – at least minutes, and often hours.

Our multidisciplinary team used theory and methods from environmental psychology, neuropsychology, organisational psychology, and horticulture to uncover new insights on the benefits of urban nature. As a result we uncovered attention benefits after a 40 second micro-break with a flowering meadow green roof view. For office workers, this suggests that “green micro-breaks” can provide a simple and effective strategy for boosting attention between longer breaks.

Importantly, our study shows attention benefits after seeing a city green roof. Most research on the benefits of nature has used lush and tall nature, particularly forests, woodlands, and parks. The green roof we showed participants was realistic, using low growing plants that could survive on an irrigated roof.

Our research demonstrates that even a modest area of flowering meadow can boost attention. For urban planners and developers, our results are yet another incentive to add more plants into our cities and workplaces, to provide real benefits for people by creating healthy, productive and liveable spaces. Green roofs are a practical solution for high density cities.