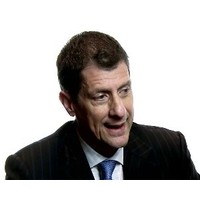 Steve Vamos has had an uncommonly successful career. But he’ll freely admit: he performed at his best when he had no idea what he was doing.

An engineer who joined IBM at its peak, Vamos has at one time or another held many of the leading roles in Australia’s technology sector. He’s led Apple’s Asia Pacific Business, and ran Australia’s Microsoft business. Today, he’s one of Australia’s leading corporate directors, with a seat on the boards of David Jones, Telstra and Medibank Private. He’s also the chairman of start-up The Reading Room and the chair of management research house and consultancy the Society for Knowledge Economics.

He’s got pretty bold opinions on what most modern managers are getting wrong. And as he revealed to LeadingCompany, he learnt the lesson the hard way.

“I became CEO of ninemsn in 1998,” he says. “The internet was new. The online ad market was new. But it was our revenue stream, and because I came from technology sales, I had no experience in it. I knew nothing about advertising or media. I was CEO, but I knew less about the domain of my company than most of the people I employed.

“Every meeting I went to for the first few years, I went to listen, to learn, and to identify the things, as leader, I had to change to help the people I worked with achieve what they wanted to achieve.

“It was all I could do. I dedicated myself to helping my team be the best they could be, and to making the hard decisions around priorities and focus, and around staffing.”

By 2002, Vamos says, ninemsn was the clear market leader in its industry. “We had a great management team and innovation was coming from all parts of the organisation.”

That was when it hit him, Vamos says. Not knowing about the business four years ago had been a blessing. It had moved his focus onto his team, from what he knew to using and utilising what others knew. And because of his enabling mindset, he says, everyone around him contributed more.

It’s this insight that’s led him to his passion for figuring out what types of leadership yield better results than others.

Most businesses, he says, have it wrong.

“If there’s a common theme in business today, it’s that there are many, many agendas that leaders have to consider.

“The common theme is change. We’re all under pressure and we’re looking to benefit from that change.”

This poses a challenge for today’s leaders, many of whom learnt about leadership in a far less chaotic world.

“The challenge is for the baby boomers and older generation Xs, who were coached, mentored and promoted by successful people who I consider to have operated in a more industrial-age setting, when the world was hierarchical, fragmented, siloed and moved slowly.”

Now, Vamos says, the world is wide, connected and volatile. But management thinking continues to rely on what managers are able to do themselves – what they can control – instead of what they can bring out in others.

Mangers need to realise they can’t be in control anymore if they want to succeed. They need to be willing to make mistakes, and to have a learning mindset.

“Technology has amplified the potential of everyone in your organisation, but you’ll never see the benefits if you control and stifle it,” he says.

The problem for leaders is they get their self-esteem from what they know, Vamos says.

“If you’re a typical small business owner, working seven days a week, you need to find a way to stop and put your own ideas in the background.

“If you’re open to new views and feedback, you end up with an organisation that carries you rather than one you have to drag. And that’s the mindset shift we need. Because you can’t be an expert on everything you need to know.”

Vamos is speaking at the Creative Innovation 2013 conference in Melbourne on Friday, November 29.