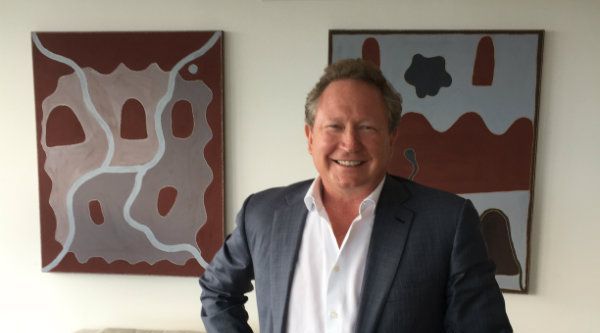 A few years ago Fortescue Metals Group was the last ASX 50 company to have an all-male board. Less than three years on, it will become only the second company listed on the Australian Securities Exchange to have a board dominated by women.

Fortescue’s chairman and founder, Andrew Forrest, was unwilling to underplay the significance of this.

“It is the first time in history that there will be five women on a top ASX 20 company board,” Forrest told Women’s Agenda.

Read more: Why we should care about women on boards

While making history—or gender specific appointments—was not the objective, Forrest doesn’t retreat from the fact the resulting diversity is critical.

“I’m not arguing that women are better directors. Men and women bring equal value to the table but there is real danger in a lack of diversity in a board because of the echo chamber effect,” Forrest says.

“For us it was a completely natural evolution—two of the three women directors didn’t want to retire and two of the guys wanted to.”

The search for directors to replace Geoff Raby and Owen Hegarty, was extensive. Forrest says youth, experience and ‘hard-core’ strategy were the not-negotiable criteria the board sought from the fifty or so candidates it considered. The two selected, and announced yesterday, are Penny Bingham-Hall and Jennifer Morris.

“The women on the board led the interrogation of the fairness of the recruitment process to ensure—when we announced and would become the first major listed company in Australia to have more women on its board than men—it was beyond question,” Forrest says.

“If it were a gender specific selection it wouldn’t have got through.”

It got through because of the calibre of both new directors.

“Penny Bingham-Hall spent 20 years-plus at Leighton, where she was head of strategy for a time. She’s on the board of Blue Scope Steel and she was a classic stand out choice,” Forrest explains.

“Jennifer Morris, aside from being a twice Olympic- gold medallist—so she knows all about strategies for winning—and young, is a strategy partner at Deloitte. And at the partner level at Deloitte, they take no prisoners. You perform or you’re out. What a smacking good choice? I would recommend her, like any of our female directors, to any board in Australia.”

So why did it take Fortescue until February of 2013 to appoint a woman to its board?

“Fortescue was strongly oriented to the CEO and the speed of the company’s development perhaps needed that,” Forrest says.

“But I also found that if you went to high-level executive and director recruitment firms the list of names you were given were all men.”

In 2012 Forrest asked for a list of women. “I was staggered,” Forrest says. “The quality of the women I was shown was amazing, and if I’d never asked the question, I wouldn’t have seen them.”

When he asked why he hadn’t seen them before the answer was frank.

In February 2013 Elizabeth Gaines was appointed to the Fortescue board and in November of that year she was joined by Sharon Warburton. Dr Jean Baderschneider was appointed in January of 2015.

When asked if the board dynamic changed noticeably with the presence of three women, Forrest didn’t hesitate.

“Absolutely. I found a heightened energy level and found the dynamism of the three women on the board to be very strong,” he said.

“Their propensity to stand up to management was welcome and management appreciates it. Management need their decisions to be improved by a board.”

Judging by the company’s performance, it seems this is happening. Fortescue’s share price has grown by 400% this year. Forrest is confident the new board will continue functioning as successfully.

His message for other business leaders?

“You need to be really careful to choose on merit but don’t forget that diversity is an extremely strong factor in merit. If you have no women on your board and you are looking at a new director with approximately equal skills, for the sake of your shareholders choose diversity,” he says.

It really is about time. Our culture automatically ascribes credibility, authority, and competence to males. A woman exhibiting identical behaviour is not seen so favourably, and this is why women’s competence is often invisible.

The end result of this has been men in positions which they do not have the competence to hold, and women who should be in those roles completely overlooked and even sabotaged.

Men tend to overestimate their knowledge and skills, while women in general underestimate. Sadly it’s our culture and both men and women share this warped perspective.