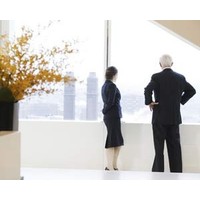 Unlike positions like the chief financial officer or the chief information officer, it’s not immediately clear what a COO does. COOs have few professional organisations, their role differs widely from industry to industry, and from company to company, their day-to-day responsibilities are often set by the CEO.

However, COOs are usually second in charge. They often run the business while the CEO is away, and four in 10 want to be first in charge within the next five years, according to a new report by accountancy firm Ernst & Young. This figure is even higher in rapidly growing markets (where 54% want to be chief soon,) and among younger COOs and those in the consumer products sector.

Their colleagues agree the COO role is a good training ground for a future chief, with 53% of other members of the C-suite saying their current COO is likely to take the top job in five years’ time.

Ernst & Young’s research was global, but in Australia the ASX100 contains plenty of former COOs, according to LeadingCompany research. Nearly one in four (23 out of 100) of the chiefs leading ASX100 companies were COO immediately before being promoted to the top job, and several others held the COO role earlier in their career.

How can an ambitious COO get to the top? Ernst & Young’s report, The DNA of a COO, offers some advice, which could just as easily apply to other C-suite roles.

As well as speaking to 300 COOs in a range of global businesses, Ernst & Young interviewed 40 people who held other C-suite roles about how they viewed the COO role. A strong theme to emerge from the interviews was that to be considered a leadership contender, a COO had to contribute strategically as well as having a solid operational grounding.

Almost half (43%) of COOs surveyed by Ernst & Young said they didn’t have strong participation in strategic decision-making. Despite the opinion of their colleagues, many COOs didn’t think this was important, with just 24% saying strong strategic input was necessarily for their career development.

One way to offer strategic input could be through big data and other technological changes.

One in three COOs surveyed said their job had become more complex over the past five years. This is driving their increased strategic clout, says Phil Harkness, Ernst & Young’s head of performance improvement.

“New technology has played a significant part of this acceleration,” he says. “COOs [are] now facing an ever-increasing volume of data to analyse and respond to.”

Another way is just to show interest, says the vice-president of Indonesian pharmaceutical company Darya-Varia Laboratoria, Charles Robert Davis, in the report.

“If you start attending management meetings just to tell the committee what your area is all about, then you are done,” he says. “But if you are there to listen to what the others are doing, ask questions and learn from them, then you will be taken more seriously. The person who succeeds the most has a healthy balance of being able to reason, learn well and adapt to different situations.”

2)Work on those leadership skills

COOs are usually charged with implementing a company’s strategic plan, and an ability to drive change is important to the role.

Asked what attribute was most important to making a good impression in their role, 87% of COOs surveyed said leadership and people-management skills. It was also an area 57% of surveyed COOs admitted they needed to work on.

Many of the COOs interviewed made reference to the fact that they were in a “sandwich position”, having to regularly deal with both the CEO and their own direct reports. As put by Daniel Bandle, the COO of Swiss insurance company AXA Winterthur: “You need to be able to translate what’s going on at a strategic level to people at different levels across the organisation.”

In its challenges, the COO role provides a good training ground for the leadership skills needed to be considered for the top role.  Aspiring COOs should excel at this part of the job.

Charged with implementing a company’s operations and strategy, COOs need to have a close, productive relationship with the CEO. Through their operational function, COOs are also likely to have good relationships with others in the business. This ‘coalface’ experience can be useful in positioning oneself for promotion.

But to be successful in their role, and to lay the groundwork for further promotion, COOs need to network far more broadly. The Ernst & Young report notes that COOs have few forums where they can meet counterparts from other companies, but that such networking can help COOs develop their knowledge.

Ernst & Young also asked COOs what external relationships they thought were most important for their career development. Almost half (42%) said good relationships with key clients were important.

4)Make sure your successes are known

COOs can  be overlooked. As the report states, “when operations are running smoothly, [COOs] rarely get the credit, and often only become noticed when things go wrong.”

COOs rarely have a high media profile, as they are eclipsed by chief financial officers.

It’s important for COOs to be well-regarded within their company, as their skills can be less apparent to outsiders and thus less transferable to other companies. Just 3% of COOs surveyed by Ernst & Young aimed to transfer to the COO role in another company.

Leading the successful completion of key projects is one way COOs can make sure they are recognised, the report suggests.