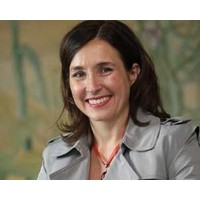 As the Big Mac of McDonald’s in Australia, Catriona Noble doesn’t just talk the talk. She eats the famous hamburgers and, yes, she’d like fries with that.

“I love my Cheeseburger and fries,” the burger-flipper turned CEO says. But she’s careful to mention that it’s all part of a balanced diet. “I used to eat fries every day when I was a manager and 20 and very active. But now that I sit at a desk a lot, I only let myself have fries once a week and I would only very occasionally have a double choc fudge McFlurry.”

Apologies for the subliminal advertising, but Noble inserts product placement into nearly every sentence she speaks.

Noble makes it sound perfectly reasonable to eat fries once a week. However, that goes to the very heart of McDonald’s influence on Australian society, says nutritionist Dr Rosemary Stanton: “They’re very powerful because they normalise consumption of takeaway junk food.”

Australia is a bulging nation of junk food junkies, with 60% of adults overweight and nearly a quarter of our children battling obesity. Maccas isn’t the reason we’re fat, but it’s not exactly helping our health, with its high-sodium and high-fat products found in 870 conveniently located stores across the country.

But the first female to run a national arm of McDonald’s in a major market won’t stand for any attack on fast food, believing people should make up their own mind. “We don’t want to be told by someone else that it’s bad to have a Big Mac or bad to have a piece of chocolate cake or a few squares of chocolate,” says Noble. “There’s no such thing as bad food, there is food that’s appropriate to eat at different levels.”

Problem is, most customers don’t exercise Noble’s restraint. “I think if the people who went to McDonald’s went once a month it wouldn’t matter at all,” says Stanton, who notes that many people actively avoid it. “But the people who do go there, go there more often.”

The multinational knows how to target those with pester power. It sponsors Little Athletics, Basketball Victoria’s junior program, Swimming Australia and junior footy clubs, often handing out vouchers to participants. Two years ago Maccas was criticised for becoming involved in schools through an online maths program (it stopped sponsorship of the service last year).

Since 1976 McDonald’s has served as a major sponsor of the Olympics. The London Assembly voted to call for a ban on Olympics sponsors that promote unhealthy eating amid complaints from public health experts. Top Olympic officials also queried the appropriateness of the fast-food chain’s involvement, considering the global obesity issue. It’s a move Noble calls “unusual”.

The Cancer Council NSW filed complaints with the Advertising Standards Board last year against the McDonalds Happy Meal website, which featured cartoons and games aimed specifically at children, along with pictures of the Happy Meal box.

“What we do know is that food marketing influences children because it influences their preferences, what they pester their parents to buy and ultimately what they eat,” says Clare Hughes, nutrition manager at the Cancer Council NSW.

The ASB (eventually) upheld the complaint. “McDonald’s are pretty savvy when it comes to the restrictions around food marketing for children but they’re on the front foot when it comes to promoting their products, whether that’s to children or adults,” adds Hughes.

Noble, the svelte and bubbly 43-year-old mum of two – and yes, she lets her children eat Maccas – acts like a crusade against junk food is a fight against freedom. As a self-described member of the “McFamily”, that opinion is unsurprising. Noble started serving fries beneath the golden arches at 14. She left university and soon became manager of the Thornleigh store, located directly across from McDonald’s national headquarters in Sydney and right under the eye of the company’s top executives.

But why stay at an organisation that most flee from once school is over? “I was 19 and I thought ‘I could be CEO of this company one day’,” she explains. “That sounds arrogant [but] it really wasn’t about me; it was about the company. The company and the people in it made me feel like anything was possible.”