From little boxes to big ones: Andrew Smith on leading InvoCare 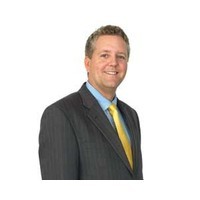 Australia’s funerals are a $960 million industry, and with sales of $321.1 million, the publicly-listed InvoCare (ASX:IVC)  is the largest player.

He says a large part of the growth and profit is underpinned by Bledisloe, the largest funeral operator in New Zealand and one of the top three in many Australian markets, which InvoCare bought out in June 2011. InvoCare now operates in Singapore and New Zealand as well as Australia, where it is headquartered.

Without Bledisloe, operating profit at InvoCare improved 5% in the first half of the year. “It’s a very pleasing result given we’ve had headwinds on the death rate, which is down slightly on this time last year.”

InvoCare’s growth comes from three pillars. The first, and generally the most important, is the death rate.

“Over the last 20 years that’s contributed 1% a year,” explains Smith. But in the future, as the population ages, that’s expected to rise to 2.7% a year.

“The second pillar is our ability to put up annual price increases. We’ve been successful in getting between 3% to 4% a year.” Doing this rests on InvoCare’s ability to build trust within the community, Smith says. “Networking is very important for our growth. Our employees are our brand ambassadors. When families need our services, we want to be top of mind.”

Lastly, InvoCare’s growth comes through acquisitions. For the rest of 2012, getting more synergies out of the Bledisloe acquisition is a strategic focus.

InvoCare, which listed in 2003, owns and operates more than 70 funeral brands, many of which have  been acquired over the years. Some of these, such as White Lady and Simplicity Funerals, are national, while others geographically segment the market. The brands emphasise different types of service, and thus offer the consumer more choice, says Smith. Most of InvoCare’s 1500 staff work on one brand, but managers often work across several. “Behind the scenes I like to think we’re one big InvoCare family, but our staff are very good at forming a local connection and being brand ambassadors.”

From high fashion to funerals

For Smith, heading InvoCare wasn’t something he expected to be doing in his mid-30s.

The former KPMG auditor had a decade-long career as a CFO, most prominently at handbag retailer Oroton Group.

But he wanted to go further. “One of the beauties of joining InvoCare was the career opportunity. I went from CFO to CEO within a few years. I was really appreciative of that.” Smith joined InvoCare as CFO in January 2006, and was promoted to COO in March 2007, and finally, to CEO in January 2009.

Coming in first as CFO then COO helped smooth the transition to leadership. “I had the relationships internally by the time I become CEO. It all went very smoothly.”

Not that Smith expected it to.

“Going to this industry from retail was very interesting, as you can probably appreciate. I was in my mid-30s. At that age, you don’t organise funerals very often. I wasn’t sure if I was ready for a role in this industry.

“But it was a fantastic opportunity for me personally. I got to meet wonderful people who do things for families I couldn’t contemplate.

“In hindsight, I don’t know why I was worried. It’s been a very enriching experience for me. It’s made me a far better person.

“Of course, when I joined, the joke was that I went from little boxes to big boxes.”

A joke? From a funeral man?

“There is a fair bit of black humour behind things. Our staff are very professional. They love to come to work, they enjoy what they do. They’re very serious and professional.

“But I’ve got to tell you, when you organise funerals, when you know you’re going to be faced with death every day, you’ve got to know how to have fun sometimes.”

Q: What should a leader never say or do?

A: They should never say: “you’re wrong”, and never presume they have all the right answers. A good leader is a good listener.

Q: What elements are critical to achieving change?

A: Communication. And having the right people in the right roles at the right time.

A: Having a good leader who can inspire a vision, and motivate the team to perform at high standards.

Q: What important qualities do you look for in your direct reports?

A: Whatever’s going to make me look good. But, of course, always acknowledging that the credit will go to them first.

Q: What is your favourite source of leadership inspiration and ideas?

A: Networking through the Young Presidents Organisation. I find that very useful. And I’ve got some young friends who love technology, and it’s exciting to have informal chats with them about where technology is taking us.