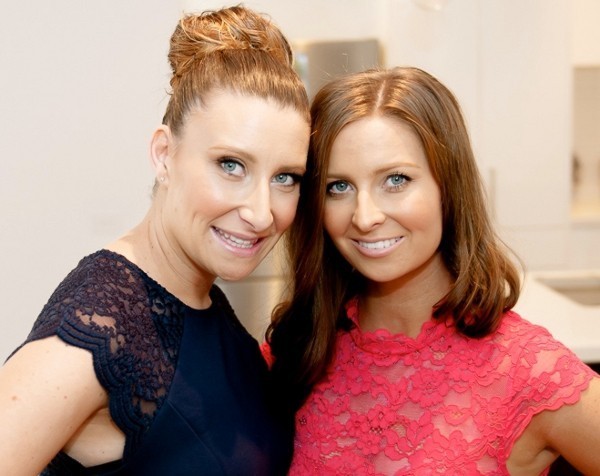 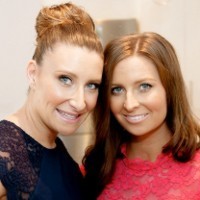 Nikki Jurcutz believes her former career as a paramedic has taught her things about leadership an MBA could never offer. It also gave her the business idea that less than two years in is already helping to save lives.

Arriving at the scene of someone in desperate need multiple times a day, Jurcutz explains that as a paramedic you have no choice but to take control, assess the situation and initiate live saving treatment.

I have had to deliver sad news, I have been the youngest person on the scene but the most senior in my role, meaning, the scene was my responsibility. I have delivered babies and have been in some of the most emotionally charged situations imaginable,” Jurcutz tells Women’s Agenda.

The career has been fundamental to her new world as an entrepreneur, a life she’s developed with her sister Rachael Waia as co-founders of Priority CPR, a registered training organisation recently rebranded as HERO HQ.

The sisters and best friends lead a team of 18 women with a joint passion to transform the first aid training industry and create “first aid heroes“. Less than two years since launching, their services are in demand. By the end of 2015, Jurcutz says the business will have officially quadrupled in size.

The two dreamt of running a business together while growing up in Victoria, but only managed to get started while they were living and working in separate states — Nikki as a paramedic in Melbourne, and Rachael in education and training in Queensland.

Nikki realised two things while working a a paramedic: the first being that she didn’t want to do shift work forever; and the second being that most bystanders she encountered during emergencies didn’t know how to initiate first aid or CPR.

Finally she had her business idea, and took it to her sister. “One day I sent Rach a message that literally said, ‘I’ve got a really exciting business idea’, and three later seconds later my phone rang,” she says.

“That was the conversion that started our dream of owning a registered training organisation (RTO), Our mission was to transform the first aid industry with fun and engaging training that people found easy to recall in an emergency. Here at Hero Head Quarters we do not create first aiders, we create first aid heroes!“

The pair became the youngest ever women to own an RTO in Australia. Now, the company provides first aid training to the corporate sector, while it’s Tiny Hearts Paediatric first aid offers courses to new and expecting parents.

They’ve gained significant momentum and publicity in recent months, including with Jurcutz being named the emerging entrepreneur of the year at the NAB Women’s Agenda Leadership Awards.

Where did you spend your childhood?I grew up in the South East Melbourne.

High school career ambition? I wanted to work in the medical industry in some capacity with the intention and dream of owning my own business with my sister one day. Our first business idea was when I was 5 and Rachael was 9. We decided we would start a babysitting company… obviously this was ridiculous! Many years on the dream of working together came true!

And your first, ever job?I worked at a pizza shop at 12 years old for $5 an hour.

Today, who and what do you lead?Today I lead my company Hero HQ (recently rebranded from Priority Training Group). A registered training organisation determined to transform the first aid training industry and create first aid heroes. I own my business with my sister/ best friend, Rachael Waia. Together we lead a team of 18 wonderful, driven and passionate women who are our companies greatest assets! By the end of this year we will have quadrupled in size in just over 2 years of operation!

How do you stay informed on a daily basis? We are apart of many organisations that gives us the opportunity to network and stay informed. I follow inspirational game changers and read blogs from influential groups and individuals.

And manage your wellbeing? I was working as a full time paramedic up until 3 months ago. I would work 2 x 10 hour days shifts and then 2 x 14 hour nightshifts. I would then have 4 days off – this would continue on a rotating roster. On my 4 days ‘off’ I would work in the business straight off nightshift into the office! I essentially had 2 full times jobs. I decided to step out of ambulance and put everything I had into the business – this was a big financial risk, luckily it was the best move I made. My wellbeing working both roles was not my priority, I did what I had to do. Now I manage it much better, I have a normal sleep pattern and exercise every morning. I am still working on a routine as for my entire working life it has been all over the place!

First thing you do in the morning?I am at the gym at 5:30am – this is where I think through my day listen to some of my favourite inspirational people and get ready for another great day!

An average day in the life ... As a start up there is no average day for me. We have gained this incredible momentum that is so exciting and means that every day we are doing something different. Like any start-up I am a multi-tasker I do everything from accounts, HR, compliance, meetings to sales! Something exciting happens every single day – which is why there is no place I’d rather be than in the office with my team!

Leadership ‘superpower’?I believe I have the power to motivate and inspire my team!

What needs to change in order to better support women at work, particularly in your industry? I think the change needs to come from within each individual women. Without women believing in themselves nothing will change. Self-belief, determination and drive outweighs any gender inequity that may or may not exist. We support women to realise their goals and work to achieve them, think outside the box and commit to being the best they can be. We are determined to inspire women, working with us is not just a job its a learning process where you continue to develop and enhance yourself.

Advice to your 18-year-old self?  It feels strange thinking back to when I was 18 as it honestly feels like yesterday, it was only 8 years ago! I’d say Nikki keep having fun, don’t overthink, take risks and believe in yourself without question and lastly find a career that you are passionate about and do what you love – everything else will come! I have only recently learnt this and think this would have been beneficial to me back then!

Nikki Jurcutz’s story is the latest in our 100 Stories Project, telling 100 stories of female leaders from 1 January 2015. Check out more stories here. This story originally appeared on Women’s Agenda.