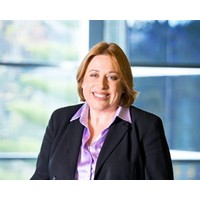 It was another triumphant day for the chief financial officer of REA, Jenny Macdonald, who, along with CEO Greg Ellis, reported a 24% lift in net profit for the half year ($51.6 million) compared to the previous half-year result ($41.4 million).

REA owns the dominant online real estate site in Australia, Realestate.com.au, and in recent years has expanded into four European sites and one in Hong Kong.

From advice to decision-making

Macdonald joined in March 2011 to find herself, for the first time in her 17-year career, with 50% representation of women in the executive suite.

“I am 47 and I started in chartered accounting as one of two females out of 35 students,” she says. “I have tended to be mainly the only female or one of two in any executive team. It is great to see a balance.” The other REA executive women are Kathy Briggs, REA’s general counsel; Lisa Hickson, head of brand, communications and insights; and Simone Carroll, head of human resources.

Macdonald joined the big four accounting firm KPMG for the first eight years of her working life, providing advice to companies across a wide array of sectors, including manufacturing, retail and mining. Then she decided to become a decision-maker, and moved into corporate roles.

Like many modern CFOs, Macdonald’s role includes making a contribution to all aspects of business strategy. “I have always seen it as a commercial role; you won’t last if you just produce the numbers. The numbers are just the measurement of how you do the business. The CFO has to be able to influence and contribute, talk the language and understand where the operations people are coming from.” Macdonald has a Masters of Entrepreneurship and Innovation.

But Macdonald differs from many other CFOs in having direct operational experience: her most recent role was general manager of travel agent, FCm Travel Solutions (NZ). Prior to that, she was CFO at Flight Centre New Zealand. “I thought as CFO I lived and died by the P&L [profit and loss statement], but as an operational manager you sweat blood. I had a good financial person, so I could leave it – sometimes you hang on to things you know – and it was a great learning about myself, about sales, business development, account managing. By default, I hadn’t had that much experience of how to really run a business.”

The digital world of online real estate is a future-focused one, an aspect of her REA role that Macdonald enjoys. “I am now incredibly lucky to work in the digital space, a great, fast-changing industry where you have to look forward. And when you are the number one player, you help to shape the market.”

She travels the globe twice a year to liaise with the financial teams in Europe and Hong Kong. “I like to give the CEO as much information as I can. You get a feel for how the countries are going. On the streets of Milan it was a bit less busy last time I was there [although] Milan is in a bit of a bubble, compared to the rest of Italy. Europe is tough. And in terms of any connection, face-to-face is best.”