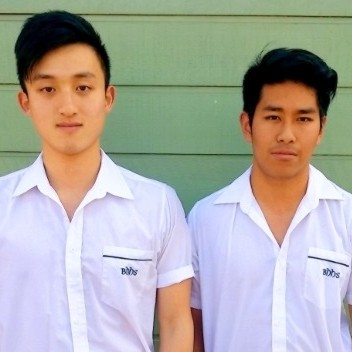 Australia’s education system is not encouraging students to be innovative, according to a high school student who started his first profitable business at the age of 12.

Sixteen-year-old Victor Zhang co-founded Generation Entrepreneur with friend and fellow classmate Alex Luo earlier this year, an initiative aimed at encouraging students to think like entrepreneurs and understand they don’t need to be limited by a conventional career despite what they are taught at school.

“I’ve been a bit of an entrepreneur for several years and I’ve found the traditional high school system doesn’t really benefit entrepreneurs,” Zhang says. “It forces you to conform to the syllabus rather than become more creative and do your own projects.”

Generation Entrepreneur hopes to spread the entrepreneurial spirit across Sydney through their first event Initiate 48. This will be a two-day program where entrepreneurs will help high school students turn their idea into a sustainable business

“It’s very similar to the model like Startup Weekend but it will be changed to suit high school students,” Zhang says. “During that process they will have access to mentors and provided with the knowledge of how to build a project into something sustainable.”

Zhang says there has been a lot demand for the initiative’s services and it has even attracted the support of investors. Generation Entrepreneur’s first meeting, which was held at Zhang’s school, attracted around 200 students.

“There are probably a lot of potential entrepreneurs out there, but not many people are brought up exposed to it and they have to pave their way to find out how they can start their own business,” he says. “What we are doing is providing them with awareness and also the power to do what they want to do.”

Zhang says while you can’t teach entrepreneurship, he hopes Generation Entrepreneur will raise awareness among students and provide them with the necessary skills and contacts so they can go about forging their own careers.

“What you really need to do is put them in the shoes of an entrepreneur for 48 hours, get them to think as an entrepreneur and provide resources,” he says. “For people who come out of the program, they will be put in direct contact with mentors to continue building their ideas.”

Zhang says he is grateful for the support the startup community has shown Generation Entrepreneur so far, but admits it can be tricky juggling study with several projects on the side.

“In year 9, year 10 it wasn’t too much of a problem because it was quite laid back,” he says. “However now things are getting a lot more busy – I need to manage my time really well. But it’s a good learning experience.”