Gillard’s ghost, and how to tell if you have a ghost too 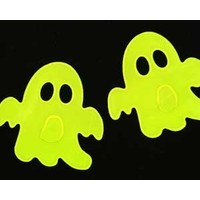 The past isn’t what it used to be. Once upon a time, digging up old stories about leaders – business or political – was a difficult, slow, painstaking job.

But this digital world is different.

It’s easy to uncover people from the past, to receive tip-offs, to track documents and press coverage – local and international. In other words, if you think you have closed the lid on a long-distant problem and nailed it shut, think again.

That’s the difficultly facing Prime Minister Julia Gillard. A review of Gillard’s work with a client from the Australian Workers Union, although a matter of issue 17 years ago, is still a live topic.

Issues from the past take many forms, and typically the line of sight to the mistake is:

Some ghosts you can escape; but they are few. In most cases, leaders should be ready for past issues to explode in the present. Typical mistakes that have caught out leaders include:

We take a look into the closet to find the ghosts and the tactics leaders have deployed to bust them.

1. Julia Gillard – Prime Minister and leader of the Labor party

The ghost: Early in her career, Julia Gillard was a partner at the law firm, Slater & Gordon. She quit as a partner of the firm in the mid-1990s. A former partner of the same firm has now alleged that Gillard quit after an internal review of her work for “allegedly corrupt former Australian Workers Union leader Bruce Wilson – her then-partner as well as her client” says a report in the Australian Financial  Review. There is no evidence to suggest the PM did anything wrong, however.

The response: Shut down

Gillard has said on previous occasions that she did nothing wrong and the matter was dealt with publicly at the time.

When this issue was raised again over the weekend, she sought to shut down the discussion, pointing out that no specific allegations about her behaviour had been made. It’s a difficult strategy in the digital age, where online discussions of the matter are running hot, and Gillard acknowledged that whatever statement she made, the online campaign about the issue would continue.

The ghost: NBN chief Michael Quigley’s former employer, Alcatel Lucent, was the subject of an investigation in 2004 into corruption allegations at its Costa Rican operations that led to an Alcatel executive being jailed in Costa Rica for corruption.

Quigley was a former president and chief operating officer of Alcatel at the time, leaving in 2007, and joining the NBN in 2009.

Quigley initially blamed the corruption on “two rogue employees” but chose to explain his role in more detail to The Australian newspaper ahead of an appearance before a Senate estimates committee last year. In the paper, he continued to maintain that he had done nothing wrong, but told the paper had made “several errors in public statements about his knowledge and responsibility for the scandal”.

The ghost: American Chris Tyler landed the job as CEO of Solution 6, a position that made him a contender for Australia’s Rich 200 list in BRW’s 2000 edition. In researching his wealth, the magazine’s sweep of international newspapers revealed that Tyler had a drug conviction for possession of 22.7 kilograms of marijuana. He had received a 10-year suspended sentence.

After initially trying to hose down the issue, Tyler resigned and left the country. Asked why he had omitted to mention the issue to the boards of Solution 6 or Telstra, Tyler said he was “never asked”.

The ghost: A citizen of Australia and Romania (his birthplace), Frank Timis has made his billions investing in resources projects in emerging countries such as Sierra Leone, Liberia and Kazakhstan, according to BRW magazine. In the 1980s, Timis was twice convicted of heroin possession.

Since becoming rich, Timis has donated about £400,000 (more than $600,000) to help fund research into methadone as a treatment for heroin addicts.

The ghost: A driven and successful executive in the wealth management industry more than 32 years, Andy Penn had been with AXA for some years when the regulator, the Australian Prudential Regulation Authority, sought to have him disqualified as a trustee director. The APRA case was against several trustee directors and at issue was changes AXA “made to benefits in 2002 and 2003 without the fund’s members being consulted”, Sydney Morning Herald reported last year.

The response: Step aside and wait it out

Penn, who was then chief executive of the Australasian division, stepped aside and AXA gave him another role while it fought his case through the courts. It was a year before AXA won the case, and APRA was admonished for proposing the ban.

Penn was reinstated to his role in August 2006, and promoted to CEO in October the same year. In 2011, Penn received a $17 million severance package when AXA Asia Pacific and AMP merged.