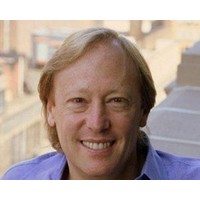 “Ridiculously large problems” are a daily inspiration for Seth Merrin, the founder and chief executive of Liquidnet Holdings, an American private company that connects institutional investors trading across the globe.

“What inspires me is changing the world. I am interested in tackling ridiculously large problems in a way that is actually sustainable,” he tells LeadingCompany during a three-day trip to Australia from his corporate base in New York.

But the troubling terminology doesn’t mesh with the business as Merrin describes it.

His company has simply created a wholesale market for asset managers who are dealing in such enormous quantities of stock that their activities can skew the stock exchange, where retail traders dominate, and drive prices up.

Merrin says he is solving a problem that had to be solved, in the process creating a profitable company, valued in 2005 at $1.8 billion (when new investors came on board), now employing 300 people in five continents and trading across 41 countries.

“The institutionally-managed assets, the funds you put into pension and mutual funds, those assets have grown many, many times over the last 20 to 30 years,” Merrin says. “They basically created a wholesale market where there once was none. There used to just be retail investors.

“The problem is that these assets managers had grown so large that every time they want to buy and sell stock they move the markets, and that ends up being a tax on all of our returns.”

With $16 million in venture capital and funds, knowledge and technology from two previous successful companies that he had sold, Merrin built the technological solution: an electronic ‘matchmaking’ platform for asset managers. When managers are ready to buy, they place an order. Only the technology knows the order is there. When a matching order to sell is lodged, each client receives a message that there is a match. Because the transactions are done “in the dark”, the price is not artificially inflated.

Despite the logic, Liquidnet came close to failure in the first month. Merrin needed a “critical mass” of asset managers to sign up to the system for the idea of liquidity to be real. He thought about 100 would be a minimum. As the launch drew nearer, her revised that to 75. “By the time we went live it was 38. It was a nail-biter,” he says. “People called us ‘Liquid not, or ‘’ill-Liquidnet’. But thank God, although 38 was not a massive amount, it was enough to keep people interested, and enough to get other folks to sign up.”

Today, Liquidnet has 720 or so asset managers. The average trade is $1.4 million, which is 204 times bigger than the average trade on the Australian Securities Exchange.

Learning leadership from past ventures

Merrin’s leadership style has emerged from his two previous ventures, where he learned what “not to do” as a leader.

“You have to design the culture, I have done it and it is very simple: I want a company full of people that I would like to go drinking with. That implies no arseholes.”

He is a voracious reader and “student of business”, devouring everything from the business papers and magazines to business books. He has read everything about Steve Jobs (and would never run his company the way Jobs did) and everything about Warren Buffet, whose skills and ethics he admires.

Merrin started with 40 staff, and how has 300 in sales, technology and managing the complexities of regulators in so many different regulatory regimes.

The leadership team is global – with a leader in Asia Pacific (based in Australia), Canada, and Europe (London), and the remaining team in New York.

“I am looking for people who want to be the best in the world at what they do; people who are excited about making a difference in the world. I am not interested in money for the sake of money, or in doing business the way that all the other Wall Street firms do business. I am interested in tackling really big problems using technology, but adding value. And if I do that, we should make money.”

The “no arsehole” rule is immutable. Break it and you will be fired.

“We make sure that we fire people (and that goes for customers too). If our people are not abiding by our principles – if they are an arsehole or if they are just not up to par – we have to make sure we get rid of them as quickly as we can. That is part of the culture too.”

Merrin relies on these leaders to communicate the company’s principles through every means: from orientation through to the goal-setting and review process. “We try to over-communicate, whether it is email, town hall meetings, [or] state-of-the-company quarterlies.”

“You can package all of business into the statement: business is one big series of problems. How you solve those problems determines how good a businessperson that you are,” he says.

And the big problem today?

“The economy sucks, and it has been sucking forever. It is not an easy thing. How can you possibly grow revenues when the economy is collapsing, and your customers are losing assets?

We have a vision, we have a road map and we do not detour from it, no matter how bad the winds are, we are continuing down that road. Everything I have always read says to invest in the downturn because at some point, you have to have an upturn. You don’t know how or when, but it will be there.”

For Merrin, the past 11 years is just the beginning. “It has taken 11 years, all our money, all our energy, all our time to build a global platform, but that is enormously valuable. Our job now is to build on that.”

Merrin can see plenty of ways to improve Wall Street. “Every part of Wall Street really depends on a distribution platform. I am building Wall Street 2.0, the way it should be built – value-based – where you actually earn your money.”