Good genes: How Robert Mair is building Fitgenes into a million-dollar listed company 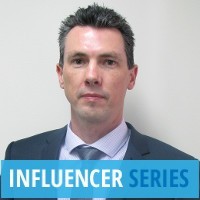 There is a definite entrepreneurial streak in Robert Mair’s DNA. Although as the chief executive of health provider Fitgenes, the 41-year-old Brisbanite is more likely to talk about ‘intrapreneurship’, or fostering entrepreneurism within his own company.

Mair practices what he preaches: he previously built a consumer electronics company and his own professional services firm, while also playing a key role in the senior management of three venture capital firms.

The companies in the Fitgenes group, which is in the process of listing on the ASX through a reverse takeover of ATW Holdings, turn over approximately $1.2 million annually.

The founder of Fitgenes, Paul Beaver, did a lot a research around DNA. I was introduced to the research in 2009 through Paul’s brother Greg, who I was partnering with in venture capital. We believed we could build a business based on Paul’s research.

The global financial crisis really slowed down the venture capital industry in Australia so [Greg Beaver and I] ended up moving into professional services. I was one of the founding partners of a financial services firm called Altezza Partners and that firm began working with Fitgenes.

We incorporated Fitgenes in September 2009 and I joined the company as chief executive.

Throughout 2010 we pretty much spent 12 months raising seed capital and defining the business model. What is our product? How do we take this product to market? What type of IP protection strategy would we need? What government grants could we apply for?

In 2012 we received a $460,000 Commercialisation Australia grant. The project we ran with the funding, the development of a proprietary cloud-based software program called PracWare, allowed us to expand to Hong Kong and Texas.

It’s a fantastic bit of technology we developed. It allows the use of genomics in a client environment on a day-to-day basis. The focus is on the clinical utility of genomic data.

We continued to build the network of practitioners using our technology and we now have 350 clinics and more than 470 practitioners trained.

We also developed our own training material. For practitioners to use genomic personalised health, not only do they need a tool in the clinic but they also need to be trained in theory and practice.

We’re focused on Australia and south-east Asia, including Malaysia, Singapore and Hong Kong.

Fitgenes has recently listed on the Australian Stock Exchange by becoming the major shareholder of a listed shell that was suspended by the ASX because it was no longer trading. We did a deal to take a 32% share in the listed entity.

Going public is not just about the ability to raise capital. We’re seeking liquidity for shareholders as well. The major shareholders of the listed entity are our partners in Singapore.

The other benefit of being a listed entity is being able to look at rolling out new clinics and new products, and being able to do deals with investors. It gives us more flexibility to grow as an organisation.

We’ve also recently closed a $1.6 million mezzanine funding round through Yuuwa Capital Investment Fund from Perth. It’s a great endorsement of what we’re doing as an organisation.

We see a really big opportunity in the fact that we have relationships with clinics and practitioners and we’re starting to roll-up our clinics into the Fitgenes group. It’s similar to Greencross’ recent buying up of City Farmers stores but with allied health clinics.

A lot of the practitioners we’re talking to want to join the group and become part of the brand. There will be a mutually beneficial outcome, not only for Fitgenes but for the clinics and practitioners. We can offer them some equity release but then have them continue to work within the group with us.

Our primary focus now is on raising $3-3.6 million by opening half a dozen new clinics. Later on we’d like to grow quicker with a bigger capital raise once shares are trading on the ASX.

Our business plan is more of a conceptual framework. The reason for that is when you are in technology development, you have to have an agile methodology. The tech space is moving towards automation and new code is released in real time. There are incremental updates all the time.

We stay true to our core principles but we’re able to move very quickly.

We’re positioning ourselves as an international brand, in the 24/7 economy. At the end of the day, opportunities come in all forms from different markets. There is new technology and new research all the time and we are focused on expediting the process of getting research commercialised.

Fitgenes is a virtual network organisation. What that means is we have a combination of contractors and a small number of employees, most of whom are not full-time. In our core team, we have 20 people, including eight in senior management.

There is an expectation for individuals to be innovative and make recommendations. We have a very open forum in which to raise ideas and opinions. Sometimes there are heated debates but it’s all because we’re on the same page as a business.

For startup health technology companies there is not a lot of money around in the early days, but we can work with those companies, give them an opportunity to commercialise products, then acquire them and reward the founders. It’s intrapreneurship and that’s what we do.

At the end of the day we’re all in the people business and in an experience economy.