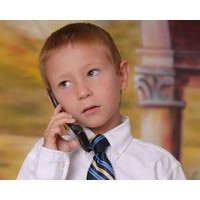 All chief executives, and all gone, or soon to be.

This morning’s papers are heavy-laden with news of departing chiefs.  The markets had barely settled before another announcement at 9am today: Woolworths chair James Strong has retired.

It’s been a dramatic 24 hours, but Echo, Metcash and Gunns aren’t the only companies turning to new leadership.

Since January 2010, 39 of the ASX’s 100 biggest companies have changed or announced an upcoming change of their CEO, according to LeadingCompany’s analysis of the ASX100’s CEOs. This year, eleven ASX100 CEOs took up their roles, while another six have announced their upcoming retirements. Two – Nick Collishaw at Mirvac and Larry Mullin at Echo – have been turned out by their boards in acrimonious circumstances.

The churn isn’t confined to the ASX100. Billabong CEO Derek O’Neill resigned with a tattered reputation after leading Billabong for 20 years, the last few of which saw the brand’s share value dive from $15 in 2007 to lows of $1.10 this year.  Macmahon Holdings CEO Ken Scott-Mackenzie exited nine days ago after the miner posted a profit half as big as last year’s, leading to its shares losing half their value. At Paperlinx, chief executive Toby Marchant survived a shareholder attempt to remove the chairman who was protecting him, but resigned in June, followed by the resignation of chair Harry Boon in September.

L’Estrange at Gunns suffered the biggest ignominy of all, after the company he led for only two years fell to administration earlier this week.

There are a few basic categories of CEO turnover we’ve seen in the past year.

This CEO turnover is a positive development, in some respects. We’re seeing increased accountability for CEOs who fail to deliver. Generational churn may lead to our companies losing some of their most experienced and skilled operators, but it might also make room for new faces with new ideas.

Other aspects of this trend are more troubling. As a Goldman Sachs report found earlier in the year, the CEOs of our largest companies are rarely in the one company for the long haul. The average tenure of ASX100 CEOs is now just 3.9 years, and has been on the decline since the global financial crisis.

The ASX100’s CEOs wouldn’t be where they are today unless they were very good. But good enough to make their mark in so little time? We’ll wait and see.

See the full list of new and departing ASX100 CEOs over the page. Our earlier analysis of the ASX100, including why so many of them are former COOs and CFOs, can be found here.