Gough Whitlam 1916-2014: Seven lessons in leadership from a statesman 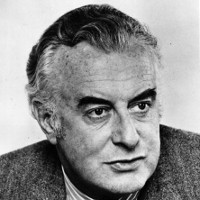 Here are some leadership lessons from a true giant of his time:

Whitlam’s speech outlining his reform manifesto at Blacktown Civic Centre in 1972 concluded with words that helped define his career.

“I do not believe for a moment that we should set limits on what we can achieve, together, for our country, our people, our future,” he said.

“Gough Whitlam changed the way Australia thought about itself and gave the country a new destiny. A more inclusive and compassionate society at home – a more engaged and relevant country abroad.”

Whitlam saw winning government not as “a permit to preside, but as a command to perform”.

Writing in The Guardian today, former prime minister Julia Gillard says Whitlam’s legacy for leaders is a commitment to action.

“Because of what he did between 1972 and 1975, our leaders will always be judged on whether we drive for major change, not how deftly we manage ‘more of the same’.”

Put aside your self-interest

In 1989, writing for London’s Daily Telegraph, Whitlam said: “The punters know that the horse named Morality rarely gets past the post, whereas the nag named Self-interest always runs a good race.”

For Labor’s deputy leader, Tanya Plibersek, Whitlam’s legacy is one of bravery.

“The lesson, I suppose, is those brave policy decisions which have set Australia on a better course should inspire us to bravery today as well, to make those tough decisions to stand up and argue for the things that we believe in – things that we know can make our nation stronger,” Plibersek said in an interview on Sky News.

Have a sense of humour

Whitlam was quick with a quip or humorous aside.

A journalist once asked him: “What would happen to the government if you fell under a bus tomorrow?” He replied: “With the improvements my government has initiated in urban transport, that is unlikely to happen.”

In 1975 after Whitlam was sacked by the Governor-General, he gave his famous speech.

“Ladies and gentlemen, well may we say ‘God save the Queen’, because nothing will save the Governor-General!”

He finished the speech by urging his supporters to stay strong.

“Maintain your rage and enthusiasm,” he said.