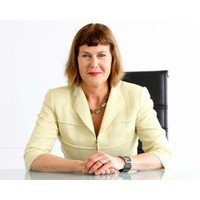 In the late 1980s Kate Costello was working in a law firm when she realised corporate governance was becoming the “flavour of the month”.

Despite earning a law degree from the University of Melbourne, Costello never wanted to be a lawyer or an academic, so when she saw the opportunity emerge to start her own business, she took it.

In 1990, she started her own consulting firm, Governance Matters, following a legal case which saw the directors of a not-for-profit board sued for millions of dollars.

“Prior to this decision, the courts had been a little kinder to directors than they are now. This case caused a huge furore… people realised they had to take governance seriously, regardless of whether or not they were a commercial business,” she says.

Up until the last 12 months she described it as a “traditional” company, but now she’s started to innovate.

“I began to think there was a better way to deliver this information to a broader market, producing tools for companies and providing quality resources for boards at a low cost,” she says.

“That’s when I came up with Board Minded – the world’s first online portal for board and director development. Through this, boards can subscribe and access the latest thinking from here and overseas on governance related topics.”

The creation of Board Minded has seen the turnover of Governance Matters treble, with turnover of $1.5 million now predicted this financial year.

Costello spoke to SmartCompany about running a flexible workplace, adapting to changing environments and internationalising the business.

Costello likes to starts her day in a calm, focused manner.

“What I love to do is meditate for an hour and then walk for an hour with a friend of mine,” she says.

“If I do those things the world is a superb place. Everything falls into place beautifully when you can do those sorts of things.”

After her morning meditation, Costello’s day is varied.

“It consists of numerous things, traveling interstate for consulting work, board performance evaluations, or meeting with people to explain what’s happening with Board Minded,” she says.

“Or I might be speaking at a conference on a governance related topic, or heading to the office frantic to get through reports. Or we’ll be sitting in the office with the fabulous women who work for me browbeating me over something to do with Board Minded.”

For the past 12 months Costello and her team have been “masterminding” Board Minded.

“I’ve been absolutely blessed with the two young women who work for me, they’ve done a whole lot for me in terms of revamping the website,” she says.

“They have young children, but they take home work for me and they never let me down. But I do think if I ever leave early from the office, then they should do the same.”

As well as bringing in revenue for the business, it also has a philanthropic focus.

“The experts who do the presentations for us are not paid; instead, they do it in order to select a charity to support. When a subscriber chooses their topic, an amount of money goes into the charity they’ve selected,” she says.

“There’s an element of community service in these people doing the presentations for free, so I feel I need to match that. We donate $5 per topic to the charity, and the topic costs about $495.”

Costello intends to gradually move away from the consulting division of the business and focus completely on Board Minded.

“It’s quite a painful transition because you want to maintain the revenue to fund the innovation and the revenues still lie with me doing the consulting. But we’re getting to the tipping point now,” she says.

“In reality though, it’s still some of the consulting work with the big organisations which create the opportunities for the Board Minded portal.”