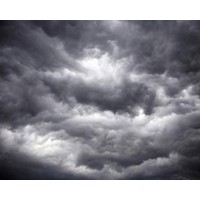 Nearly three years ago, Kevin Rudd was brought down by Gillard and her backers in a coup that came out of nowhere. Gillard said the government had to be got “back on track”. Now her government is more off track than the Rudd one ever was.

The 2010 coup was brutal; the 2013 attempted coup was farcical. If you count yesterday, Labor has had three chops at its two prime ministers in under three years. Even in this hyperbolic age, that smacks of irrational behaviour.

Look at things from the vantage point of ordinary voters. A majority have said repeatedly in the polls that they want Rudd back as Labor leader. Many Labor MPs in marginal seats believe he would give them a better chance of survival.

The Rudd forces have prodded and pushed to try to reinstall him. Their effort reached a crescendo this week, with lobbying of backbenchers and planted media stories – including one saying that good polling for Rudd in one South Australian seat in 2010 had been kept highly secret so as not to hinder the coup.

Former leader and cabinet minister Simon Crean gave the marginal seat holders their chance. They chose not to take it.

Chief government whip Joel Fitzgibbon encouraged Crean into the move. Crean had recently met with Rudd, sorting out differences; he had been critical of the Rudd style in government.

Calling for the spill, Crean announced he would run for deputy leader. It would have been history repeating itself. His father Frank was deputy PM for the last few months of the Whitlam government.

Rudd camp sources claim they had about 47 votes – they only needed a handful more. The hope was that Crean would bring across some numbers from among his old friends. They didn’t follow him.

Gillard forces insist the numbers were not even close. A pro-Gillard source said Rudd has “bad timing and can’t count”.

Rudd, who pledged after his first disastrous challenge that he would not mount a second, wanted a big draft so he could arrive back in his old job with public credibility. He refused the entreaties of backers who went to his office after Gillard announced the spill. But sources among his followers are convinced he would have stood if he was sure of even a narrow win.

Gillard’s toughness and determination mean that there was never a chance she would crumple under the pressure. She’ll always fight, whether it is against Rudd or Tony Abbott.

The swordless lunge against Gillard has drawn a lot of blood and left many angry and upset people.

Crean says he doesn’t regret his action but he has been sacked – the first time he has not been on the front bench since he entered parliament in 1990. Richard Marles, who called on Rudd to stand, has resigned his parliamentary secretaryship. A clutch of whips – chief whip Joel Fitzgibbon (one of Rudd’s main numbers men), and Ed Husic and Janelle Saffin quit last night. The fall of the whips is ironic – they are supposed to be the ones who protect the leader.

A wave of resignations would have been expected if the leadership had changed. How bizarre to have several resignations when nothing happened.

At a human level, the day dramatised the estrangement between Gillard and two once-close colleagues: she was Crean’s protege; when Crean was pushed out of the leadership she helped him do the numbers successfully for Mark Latham. She and Fitzgibbon worked together in 2006 to bring down Kim Beazley and put in Rudd and herself.

Rudd’s supporters have been left high and dry by his unwillingness to step up. But Rudd has also been harmed by the hyperactivity of his camp and the way he himself trailed his coat. It is unwise to ever pronounce Rudd politically dead, but it is worth taking the risk. Who can see the caucus thinking about him again? One depressed loyalist said last night Rudd should retire at the election.

Gillard has once again showed her tactical strength. But if Labor is trounced at the election, history won’t laud how she saw off Rudd this week but condemn the way she left Labor a badly depleted party in the wilderness.

Gillard, her deputy Wayne Swan and various other Labor figures are insisting the whole sorry mess has been put to bed. Gillard may have been cemented in, but the legacy of bitterness and unhappiness will remain.

No one could be sure how much better off the party might have been going to Rudd – and many would say that would have been a recipe for more division. But the failure to grasp the chance will likely haunt many members as they stare at electoral defeat.

Gillard used the rather lame excuse that she had work to do to avoid taking questions at her news conference. But she certainly has plenty on her plate.

Government sources say she recognises that faults have to be addressed. One of them is “process”. Everyone denounced “process” in the handling of the media reforms which crashed in another disaster yesterday.

How the media package could be so botched, in timing and salesmanship is impossible to understand. Communications Minister Stephen Conroy presumably won’t be moved in the coming reshuffle but he should be. If he wasn’t a passionate opponent of Rudd, you could have suspected he was deliberately trying to undermine the PM. Instead, it seems to be simply a case study in incompetence. Thanks to that, the chance of media reform has been lost for more years than can be contemplated.

Now a demoralised government faces a test that even one in good shape would find difficult: framing and selling a budget that needs to be tough just months out from an election. Only the diminishing band of true believers would have any confidence that it is up to this task.

Michelle Grattan is a professorial fellow at University of Canberra.