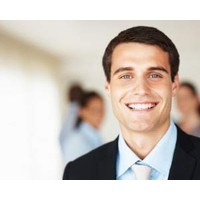 THE FINDING: The best leaders tend to be outsiders who don’t have a great deal of experience.

THE RESEARCH: Gautam Mukunda studied political, business and military leaders, categorising them into two groups: “filtered leaders”, or insiders whose careers followed a normal progression; and “unfiltered leaders”, who either were outsiders with little experience or got their jobs through fluke circumstances. He then compared the groups’ effectiveness; for instance, with US presidents, he looked at historians’ rankings from the past 60 years. He discovered that the unfiltered leaders were the most effective – and also the least effective – while highly filtered leaders landed in the middle of the pack.

THE CHALLENGE: Is searching for a leader with a long, impressive resume a waste of time? Is experience a predictor of mediocre performance? Professor Mukunda, defend your research.

A: I was surprised by how unambiguous the data were, but they confirmed what I suspected: if you choose an insider who you know can do the job well, most of the time that person won’t perform any differently from any other top candidate with lots of experience. Such insiders – I call them “filtered leaders” – might be good, but they probably won’t be brilliant. It’s the unfiltered leaders, the outsiders without lots of experience, who perform the very best.

Q: So should firms always hire outsiders without experience?

A: No, because those people are also more likely to crash and burn. Though the best leaders – Steve Jobs, Abraham Lincoln – were unfiltered, the things that made them so effective, such as their ability to think differently and not feel beholden to a certain way of doing things, often lead to terrible results. Unfiltered leaders are high risk, high reward. Filtered leaders – like Tim Cook and Neville Chamberlain – have deep knowledge and can be very effective in a stable situation. But they often can’t adapt to extreme, sudden change or are unable to disrupt the status quo, which an outsider feels freer to do.

Q: How can experience and knowledge be a drawback for a leader facing change?

A: Because they’re precisely what prevent you from approaching situations any differently than other experienced people would. Filtered leaders will usually make basically the same decisions. Even if they’re good decisions, their leadership doesn’t have impact. Think of Thomas Jefferson. According to my theory, he’s definitely filtered, so he should be in the middle of the pack in terms of his impact as a president. And he is.

Q: But he’s consistently ranked as one of the top presidents.