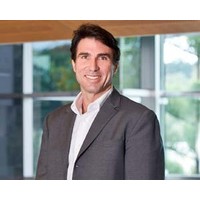 After more than 30 years in the workforce, Greg Ellis proclaims this indictment on leadership and management: “I have only ever enjoyed two management teams I have worked in.”

Ellis, who is the CEO of listed online company, Realestate.com, adds: “The sad thing is that I don’t think my experience would be atypical. My personal view is that the current company management structures are not designed to allow the average person to prosper and grow.”

For this reason, and for commercial returns, Ellis has overhauled the management structure of Realestate.com in the four and half years since he took over the top job from Simon Baker.

Realestate.com, which lists houses, offices and new developments for sale, employs 700 people across Australia, Italy, Luxemburg, Hong Kong and China, where it includes the 70 staff of a “co-sourcing” company, for whom it is not legally responsible, as part of the team.

Realestate.com’s market capitalisation is $2.3 billion. Despite a housing market that has struggled for the past four years, revenue at REA has increased 16% to 277.6 million, and net profit grew a massive 29% to $86.8 million.

Ellis says this is not because Realestate.com dominates the market and real estate agents have no other choice but to place ads with his company. “It think the online real estate market is more competitive than [the real estate] print market ever was. There is Domain, various industry sites, On-The-House, which is a new site, Google, Facebook – a proliferation of social, search, national and regional sites,” he says.

The reason for REA’s success is that the company understands its customers – real estate agents – and how their motivations differ from property buyers and sellers.

And the reason it understands its customers is because Ellis overhauled the management structure and tied every element of how the company operates to commercial outcomes.

Management at Realestate.com no longer bears any relation to the typical management structures of companies, Ellis says, with a move away from a focus on top-down leadership, aggressive leadership styles, and disconnection with the customer and market.

Ellis is walking the walk of management theory in its purest form, and staking his success in the company on adopting a leadership style that academics praise and top leaders shun.

It’s all based on a psychological profiling tool that Ellis says is “rock solid”, which ranks various human behaviours.

Pointing to a circular diagram which plots the behaviour of more than 400,000 surveyed Australian employees, Ellis reveals a worrying result: most Australian managers are doing precisely the things – being aggressive and pushy (represented in red on the chart) – that elicit the worst kind of  behaviour from staff in response – passive behaviours (represented in green), such as constantly seeking approval, relying on convention, dependent and avoiding risk.

Every leader wants a different kind of behaviour: focused, achieving, self-actualising, encouraging and collegial. Ellis says: “You’ll see a correlation between these things. If you have a high “red” management team, you will have a high “green” staff. It is a humanistic consequence,” he says. “But if you have a culture that mirrored the blue qualities, the chance of economic success would be really high.”

The path to blue

When Ellis walked through the door at Realestate.com, he found a company lacking in line management skills.