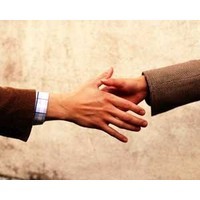 The chief executive of construction company Grocon, Daniel Grollo, is handing over the baton to deputy chief executive Carolyn Viney – the first non-family member to take the top job in the company’s history.

Grollo, who has been CEO for 14 years, will take the role of executive chairman and retain oversight and full ownership of the company.

Viney has been the deputy chief executive since 2012, focusing on the company’s property development arm among other responsibilities.

Grocon began as a family business in the 1950s. It was established as a concreting company by Luigi Grollo and in the 1980s his son Bruno took charge. In 1999, Daniel, Bruno’s son, stepped into the top job.

Grollo said Viney had been intimately involved in the strategic direction of the business and also responsible for the day-to-day running of the business.

“Carolyn has had a strong hand in Grocon’s recent success, including growing the company’s portfolio of projects and overseeing successful project delivery,” he said.

“This is a succession which has long been anticipated by and has been welcomed by our people and will see us continue to grow our business toward an exciting sustainable future.”

Grollo said he will now focus on diversifying the company into new markets, including offshore.

The Australian Financial Review reported that he would be spending more time in New York, with his first big project the acquisition of an $800 million tower in Manhattan.

The Practice director Jason Cunningham, an adviser to small business, told Smart Company he was not surprised that this succession was planned long in advance.

“I assume Carolyn was groomed in the role for a long time…this is not a knee-jerk reaction,” he says.

Cunningham explains there are two types of family succession planning – voluntary and involuntary. Involuntary usually occurs when there is an unexpected death in the family and other members are forced to step in and run the business.

“This highlights the importance of having a good succession plan in place. You don’t have to do what everyone else is doing; you can think outside the square and have a plan that is right for you.”

He says the last thing you want to do is think, “She’ll be right, I got the business from my dad and I’ll just pass it on to my kids.”

Children may not be interested in the business, or they may not be the right age or in a position to take it on when the owner wants to leave, so keeping an eye outside the family is important, Cunningham advises.

“Sadly, what we see is when things aren’t planned right, and it (handing down the business) doesn’t work.”