Hail to the chief: the top five CEOs money can buy 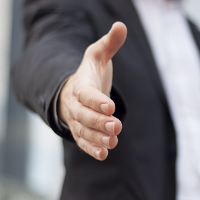 Most of the time, when the business pages assess CEOs, there is a polarisation between the highly paid top end of town (who tend to be praised no matter what) and those who haven’t delivered for shareholders (who receive a different sort of treatment). But today we pay tribute to the best value CEOs in Australia — those who have delivered stellar returns for investors, while not spending time feathering their own nest. (Please note, the list doesn’t include executives who don’t take a salary such as James Packer).

The last time Crikey compiled a list of Best Value CEOs, Andrew Bassat shared a pole position with his brother Paul. Paul has since left Seek to found leading venture capital fund Square Peg (but remains a shareholder) while Andrew continues to shine. Even though Seek’s classified business is relatively mature, that hasn’t stopped Bassat from continuing the company’s strong growth through a successful international expansion into Asia and South America — Seek is a very rare instance of an Australian company getting it right overseas — and a very profitable education business. In 2014, Seek recorded profit growth of 35% and its share price rose by more than 60%. Bassat remains humble and universally adored by investors, while taking a relatively low base salary ($1.7 million) and total remuneration of $4.2 million.

Velletri joined the Monadelphous board in 1992 and has been managing director since 2003. While the contractor’s share price is down more than 50% from the mining boom highs, it has shown its peers a clean set of heels. Sales and profits have doubled since 2009 while return on equity is a healthy 40.4% (from a boom-induced high of 55.9% in 2012). Despite market-leading performance, Velletri was paid a relatively paltry base salary of $898,000 and total remuneration of $1.3 million. That’s pretty good value for money for shareholders.

When Miller took over the top job at APN in June 2013 the board was split and almost all the executive team had departed. The share price was around 25 cents and some questioned the company’s survival. Fast forward a little over 15 months and APN’s share price is 75 cents. It also announced an earnings rise, despite operating largely in the difficult radio and newspaper sectors. Miller pulled off what has been dubbed the “marketing coup of the decade” in March when APN snared the top-rating Kyle and Jackie O from beleaguered Southern Cross Austereo. This led to an 8% rise in revenue and a 6% increase in EBITDA at Australian Radio Network. (Disclosure: APN holds a small stake in a company owned by the author). Miller’s next job is floating the APN’s New Zealand assets.

Roebuck was a co-founder and has been CEO of carsales.com.au since 2002, which alongside Seek and REA has been one of the three most successful online marketplaces in Australia. Carsales’ market value is an astonishing $2.5 billion — 25% more than Fairfax, the company whose dominant car classifieds business it displaced. In 2014, Carsales’ net profit grew by 14% and increased its final dividend by 11% (profits have more than doubled since 2010). Like Bassat, Roebuck remains gracious and took home a miserly base salary of $1.2 million and a total remuneration of $2.9 million.

Along with Andrew Bassat, Roberts has managed to remain on the Best CEOs list, leading Cochlear through a relatively difficult couple of years. In 2014, the company’s profit fell as delayed regulatory approvals and increased competition affected the hearing implant giant. But despite the headwinds, and under Roberts’ leadership, Cochlear’s share price remains 50% higher than it was in 2009. Despite his long tenure and success (Roberts has been CEO since 2004), his remuneration is an investor-friendly $2.8 million (with a base salary of $1.3 million).