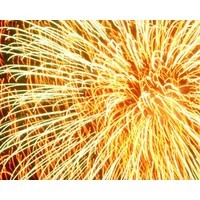 Surrounded by gloomy economic predictions at every turn, leading companies will take the initiative on all the right issues:

Recent rounds of job cuts have sent frissons of fear through leaders, executives and their teams. When the GFC hit in late 2008, leaders worked hard to keep staff, reducing hours rather than reducing head count, remuneration expert, Michael Robinson of Guerdon Associates, reminds us. “Australia has a skills shortage, and leaders thought it might be a short and sharp downturn, and then they would still need these people,” he says. “They were leery of permanent downsizing. They may be considering something like [permanent job cuts] now.”

Executives’ expectations for salary increases are low – about 2% to 3.5% – given the struggles facing almost every sector bar those involved in infrastructure projects, such as engineering, Robinson says.

“A lot of industry sectors are relatively depressed: consumer staples, fast-moving consumer goods, banking, insurance and the like all had quite bad earning years,” he says. “Even in the commodity sectors, materials, building and mining and energy companies all had fairly anaemic results.”

Most executives will forfeit bonuses since they are typically benchmarked against the previous year’s performance. Save bonus payments for executives willing to take on the tough decisions – in particular cutting jobs – Robinson says.

Job cuts across media, banking and manufacturing have made everyone more fearful about their futures. They will be looking to leaders for clear messages about their expectations, says communications consultant, Marjorie Johnston, of Word Makers. “People will be looking for a leadership message,” she says. “That message needs to be very clear, and as detailed as possible, about how people can add value. That needs to go right through the organisation from mid-level to senior management and to board level.”

Despite this sentiment of uncertainty, the 48th national salary survey by the Australian Institute of Management forecast salary increases for this financial year at 4%, on average, but this is distorted by Western Australian companies, which expect a 5.2% increase. Companies in most states predict a 3.7% increase.

Leaders have always been among the most mobile of anyone in the workforce, constantly travelling between offices and markets, nationally and internationally.

In 2012, the new factor is that the world is joining them: customers, executives and staff are constantly on the move. What improves? Productivity. What suffers? Decision-making, says productivity expert Paul Higgins, founder of eCoaching.

The productivity challenge for leaders this year is to improve mobile decision-making by making sure all the relevant information is in the cloud, and using Skype meetings to replace some face-to-face contact. Leaders must ask themselves: “How can I make better decisions away from the traditional office?” he says.

Higgins says leaders need to put relevant information into sophisticated cloud-based note-taking software, such as Evernote, which become a virtual memory. Such programs accept notes, images, web clips, Twitter messages and make photos of text searchable (very handy for keeping business cards). “We all gather information every day,” Higgins says. “The challenge is retrieving it when you need it.”

Most people think that face-to-face meetings are still the best, Higgins says, but leaders need to really review that, and learn to conduct effective Skype meetings.  “Have an agenda and spend the opening of the meeting on building rapport as you usually would,” he says. “Then have a structured meeting as usual. Build rapport, but make it smaller component of the meeting.”

The leadership message is that we have seen rises and fall since the global financial crisis first started in 2008, but that leading companies have done a lot of work to stabilise their circumstances, managing human resources as well as possible and focusing attention on shareholder returns and profit.

In times of change if there is no gloss to be put on things, Johnston says. “To say that the next boom is around the corner would be a very inappropriate message,” she says.

The message needs to take in both structural and cyclical change, Johnston says. Leaders need to communicate that we are in a period of structural change. “Now we are in a changed environment, we need to have difference attitudes, and understand that it is going to be tougher, is the message,” she says. “But we can’t always be looking outwards at Greece; we have got to get on with the agenda and program that is set out; that is what has led to the success of the company through good times and bad.”

The new consumer – frugal, anxious, and saving at an unprecedented rate – emerged first in 2008, but the start of the carbon tax yesterday has put frightened the horses even more, says Kevin Moore, the chief executive of retail marketing company, Crossmark. “Now they are even more circumspect,” Moore says. “People have plenty of money; they are just not spending it.”

In response, leaders can make three important moves, he says.

“Number one, no matter what product or service you sell, you must be omni-channel,” he says. This means selling in shops, online, on mobile … every way that consumers want to buy. “This is above everything else.”

The last plank is constant communication with customers. “That means writing blogs, dealing with bloggers or with journalists in new media who reach out to new people,” he says. “You have to understand new media.

This is the year of difficult pricing decisions, as the impact of the carbon tax slowly rolls through the economy and leading companies must decide how to respond.

One is NetFlix, an innovative American company that put Blockbuster videos out of business. Last year, Netflix decided its customers had to pay separately for something they had always paid for as a bundle: DVD-by-mail and online streaming. Effectively, the price for the service doubled and customers were furious. One million customers walked away. (Read more)

The other example is a recent decision by Ron Johnson, the new CEO of American discount chain J.C. Penny, to overturn the pricing model of the business from almost continuous sales to “everyday pricing” and fewer sales.

Instead of success, the former head of Apple’s retail division achieved a 20% drop in store sales and a 27% drop in online sales in the March 2012 quarter. (Read more)

These two examples illustrate a tried and true maxim: before you change prices, talk to customers. “Ask customers where they see the value,” Manning says. “What do you like, what don’t you like, and identify opportunities to tweak existing products or develop new products.”

The trick is to focus on value, not on price (see number 4: customer mindset), and then to adjust the offering to compete on price. “If customers don’t like the whole offering, offer them a discount to take something out,” he says. “It’s a give and get proposition. A lot of companies just give a discount but they should get something as well. It is like the shoe salesman who says I can give you these shoes for half price. Here is one shoe. Unbundling products and services, in this economic climate, is perceived as better value.”

Leading companies are lavishing attention on Chinese consumers, according to consumer marketing and research company, Trendwatching.com, especially for Chinese political and business leaders.

The Australian tourism board has committed $30 million over three years to market the country as a luxury destination for wealthy Chinese tourists. So far, it has taken the marketing campaign to 13 cities on the Chinese mainland, and intends to reach more than 30 cities by 2020.

Getting a fabulous bargain/deal of the day is becoming a status symbol for consumers everywhere. With more choice and more control over purchasing decisions, consumers’ expectations are skyrocketing – they want more and they want it for less. Leading companies that deliver will find themselves mentioned in dispatches across Facebook, Twitter and other social media. Those that don’t …

Ok, this is a little strange, and that is why we include it. Trendwatching says consumers identify with being open-minded, and this has implication for marketing. Online, consumers get an uncensored view of the world, and that means we all accept a more risqué marketing campaign. For example , in an ad for a hand sanitiser made by India personal care brand Cardiograph Corporation’s , one man is touching another’s private parts and another picking his colleague’s nose, making the point that it is always a good idea to use a sanitiser … you never know.