Hardwired Humans: How the Qantas and Emirates CEOs got the deal done 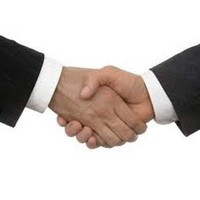 Early last month, Qantas and Emirates announced a major partnering agreement. In reaching agreement, the CEOs knew the value of grooming. What did they choose to do right from the outset of the negotiating process? They got to know each other.

In May this year, Qantas CEO Alan Joyce and Emirates CEO Tim Clark, with five executives from both companies, had a secret get-together at the secluded Emirates resort near Sydney.

According to a newspaper report, Clark and Joyce went bushwalking together and in the evening, while Joyce cradled a glass of red wine, Clark puffed on cigars. They talked about common interests – about Ireland, Joyce’s native country and where Clark has a holiday house. They talked about Clark’s interest in architecture and about the Qantas flight out of Singapore with the failed Rolls-Royce engine and all things aviation, The Weekend Australian reported.

Between the two key players this bonding would establish the close understanding and the chemistry that would be a foundation for the work over the following months in bringing the deal together. It was obviously time well spent. On September 6 they announced their partnering agreement.