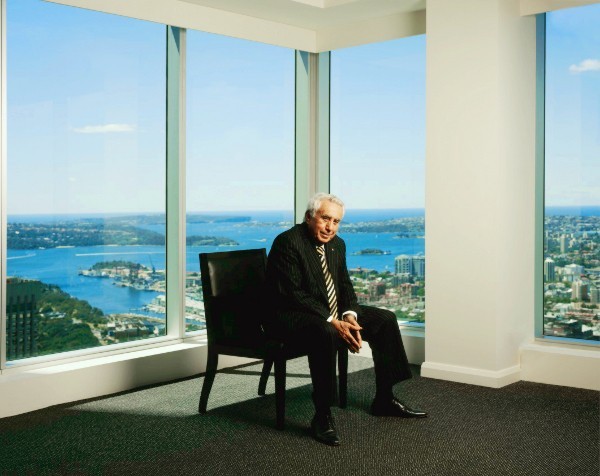 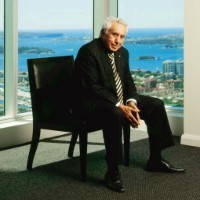 If it happens, the sale of Harry Triguboff’s Meriton empire will probably stand forever as the biggest residential property deal in Australia, and make the the 81-year-old billionaire the richest person in Australia.

Gina Rinehart’s wealth, which BRW reckoned was $22 billion in June, is plunging in line with iron ore prices. Her ongoing family lawsuit, the cost of building her Roy Hill mine in the Pilbara, and non-receipt of half a billion dollars from the sale of her Galilee Basin coal interests aren’t helping her fortunes. Only yesterday America’s Forbes magazine cut her estimated wealth from US$18 to US$12 billion — still enough to put Rinehart at the top of its list of the 50 richest Australians, but she’s clearly peaked.

Triguboff, on the other hand, is on the rise thanks to booming property prices in Meriton’s three key markets — Sydney, Brisbane and the Gold Coast. BRW’s Rich List put his fortune at $5.5 billion, and Forbes now ranks him as the second-richest Australian after Rinehart, worth US$5.6 billion (up from US$4.3billion a year ago), trumping Frank Lowy and James Packer.

Triguboff’s wealth is in Meriton, his privately owned apartment developer he built from scratch and owns outright. Triguboff, still hands-on, is well past the usual retirement age and has no clear succession plan.

Notwithstanding awards including his AO, colour always surrounds Triguboff, an imposing figure famous for blueing endlessly with tough Sydney lord mayors like Frank Sartor and Clover Moore, and near-constant controversy over building and design quality, Meriton’s practice of vendor-financing and warring for control of bodies corporate, and on and on. In one 2004 case Triguboff and his wife, Rhonda, were dragged before the Residential Tenancies Tribunal and ordered to pay almost $3000 compensation to two of their tenants for failing to fix an oven in a Bondi Junction flat.

That 50-year career comes to a head with the touted sale of Meriton — named after the street in Gladesville, in Sydney’s inner-west, where Triguboff pulled off one of his earliest successful unit developments in the ’60s.

Triguboff has been talking about selling Meriton for almost a year, most often to a mooted Chinese buyer like huge developer Country Garden, but no investment bank has been appointed to conduct a formal sale price, fueling scepticism in the market that a deal is even happening.

And as Jonathan Chancellor at Crikey’s sister publication Property Observer has pointed out, the asking price keeps going up, from $6 billion in April 2014 (although that was just the development business) to $10 billion by October, to $12 billion then -– in an interview with The Australian this week  — the eye-popping figure of $15 billion.

That asking price would make Meriton worth more than listed developers like Mirvac, which has a market capitalisation of $7 billion (a multiple of 15 times next year’s expected earnings), Lend Lease (capped at $9 billion or 14 times forward earnings) or Stockland ($10 billion capitalisation, or 16 times earnings). None of these are directly comparable to Meriton, however.

Just before Christmas, for the first time in its history, Meriton put a value on its net property assets including the thousands of apartments it owns, claiming they had leapt in value 21% from $6.1 billion to $7.4 billion in 2014. Meriton also said an external valuation by Grant Samuel (not released) suggested that the whole company was worth between $10 billion and $12 billion when recurring income was taken into account.

There is no way to verify these figures: Triguboff controls the Meriton empire through shareholdings in 10 private companies and dozens of directorships. He would not be interviewed for this story or respond to written questions, but company insiders told Crikey that Triguboff was in no hurry to sell Meriton, and if he were to sell, he would not split the company.

On the one hand, even as some of the froth comes out of housing markets, Triguboff is clearly hoping to get out at the top. On the other hand, the rapidly depreciating currency is making Meriton more attractive to an overseas purchaser.

Morningstar head of property research Tony Sherlock told Crikey that, accepting Meriton’s stated $7.4 billion net asset value, a rough valuation of the whole business at $10 billion could be supportable, based on a set of plausible assumptions about the development business — a 15% profit margin on sale of 3000 units a year worth $600,000 each on average, less 30% tax, creates after-tax profits of $189 million per annum, which, at an earnings multiple of 12-14x, would value the development business at $2.3 billion to $2.6 billion. Whether those numbers are sustainable is anyone’s guess.

Based simply on the numbers that have been canvassed publicly, Sherlock says, there will be “no interest at $15 billion, casual whiffs at $10 billion, and strong interest at $8 billion”.

Sherlock does not think a sale will happen: “From a risk perspective an overseas buyer would feel more comfortable with the Australian dollar at 75c than 100c. But I think a lot of people think property is expensive, so why would you be rushing in to buy expensive assets? People want some value on the table, but at $15 billion, I think he’s leaving none.”