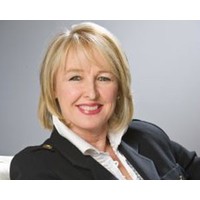 Sitting down at a small dinner party, Heat Group chief executive, Gillian Franklin, asked the gentlemen next to her what he did.

“I’m the managing director of Warner Bros Consumer Products in Australia,” he replied.

Two weeks later, give or take, Franklin’s cosmetic company won the licence to develop a range of personal care products using three of Warner Bros Consumer Products’ leading brands: Scooby-Doo, Looney Tunes and DC Comics. The presentation made by the creative team – in one week – is now used as benchmark by Warner Bros to explain the standards the company expects.

“That is a good example of leadership,” Franklin says. “It is about seeing an opportunity, grabbing it and running with it.”

Franklin estimates the licence will generate retail sales of $20 million in three to five years. The licencing agreement will take Heat Group into a new, younger market segment – as young as four with some of the characters available under the licence, which include Scooby-Doo, Tweety Pie, Batman, Superman and Wonder Woman. “Warners is about fun. It is about bringing those wonderful characters to life.”

It’s a chance to realise one of the less-developed qualities of Heat Group, which are listed in dramatic giant red text behind the office reception in Mt Waverley in Melbourne’s east: dynamic, passionate, smart, creative.

Franklin says. “Many of our successes in the past have been a result of being dynamic, really passionate, and smart about how we run our business, but there have not been as many opportunities as I would like for us to show our creativity and our innovation.”

Under the licence agreement, Heat Group will develop the products from concept to market. Currently, just two of its brands are its own: Ulta3 and Billie Goat Soap (bought earlier this year). It is a distributor for Max Factor, COVERGIRL, Bourjois, essence and Elite.

The first products will hit the market in October this year. They will include hair care, soaps, fragrances and lotions – a new product direction for Heat Group, which has sold “colour cosmetics” (everything you put on your face and nails) since Franklin started the company in May 2000.

That’s big. So, what could be bigger for Heat Group?

“People development is our biggest opportunity,” Franklin says. After 12 years in business, with 95 staff and revenues of about $77 million, Franklin is determined to grow the company by relinquishing more of the tasks she once believed only she could do. In short, the task is to delegate – more and more – if the company is to continue its growth.

To delegate with comfort, Franklin has ramped up her commitment to recruitment, training and providing the tools for Heat Group executives and staff to “make them excellent”.

About 18 months ago, she appointed a human resources director, Wendy Tansey. She made her a direct report and member of her executive team (along with a chief financial officer, sales and marketing director, supply chain manager, and a newly-created, untitled position that equates to chief operating officer.)

She briefed Tansey to start recruiting more on values – such as work ethic, honesty, willingness to have a go, internal confidence, problem solving, willingness to tackle challenges and courage – and less on experience. “That is what is really important. You can teach people different things, but it is hard to change those personal values,” she says.

“Defining and clearly communicating the company culture and values is a core responsibility of any CEO.”

The insight came to Franklin about 18 months ago as she was agonising over how to manage someone who she felt was not conscientious enough. She was also wondering why some of her staff stayed with her for ages, and other left quickly.

“It sounds like such a basic thing – your readers might say ‘You are kidding’ – people talk all the time  about culture, culture, culture, and that leadership is about finding the company culture. What I have come to realise is that culture is just another word for personal values.

“I have become the culture policeman,” she says. “If we have people here who do not embrace our culture, meaning share our values, they should not be part of our team.”

Franklin came to the leadership of Heat Group after 17 years in corporate roles, and with firm views on leadership.

But everything changed when she led her own company.

Suddenly, the role was highly personal. Her investors had backed her: Gillian Franklin – not Heat Group – and she delivers a 30% return on funds to them. “I felt personally responsible for people’s jobs, for return to shareholders, for the company reputation.”

With an intense focus on cash flow, Franklin became tougher on underperformers, taking aside those who were not meeting her expectations to ensure they had the tools and understood the expectations of them.

If better communication does not resolve the matter – which it often does – Franklin acts to manage an exit. “Initially, I was not fast enough, but the damage that the person can do can be so deep that you don’t appreciate it at the time.”

Leaders must never compromise on the people they employ, Franklin says. Likewise, it is a leader’s responsibility never to “squash” their enthusiasm. “You need that drive, energy and enthusiasm. You need them to be motivated and inspired.”