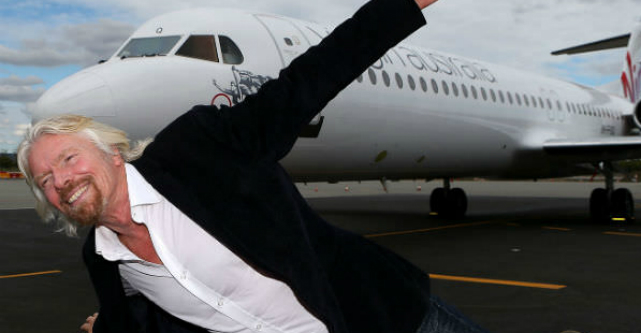 A survey has revealed Australian bosses and chief executives will have some work to do if they want to stack up against the likes of Richard Branson and Mark Zuckerberg.

PR firm Hotwire commissioned a survey from research consultancy The Leading Edge to determine what Australian employees want from their bosses. Over 1000 workers between the age of 18-74 were surveyed.

According to the results, Aussie workers don’t dream of one day working for a local business icon: The boss that Australians would like to work for most is Virgin Airlines founder Richard Branson, with Facebook founder Mark Zuckerberg and late Apple founder Steve Jobs tying in second place.

Twenty-one percent of those surveyed stated their ideal chief executive was Qantas’ Alan Joyce, landing him as the fourth most popular overall and the most popular Australian chief executive. Despite Joyce’s relatively high ranking, other Australian bosses didn’t fare so well, with Atlassian founders Mike Cannon-Brookes and Scott Farquhar receiving only 3% of votes, and Canva boss Melanie Perkins receiving 2%.

Both Canva and Atlassian’s low scoring comes even as their businesses have been praised as great places to work, with Atlassian being named Australia’s best place to work in 2015, and Canva receiving an award for being Australia’s “coolest tech company”.

Innovation and flexibility sought in bosses

The survey also asked respondents about which traits they wanted to see from their own boss, with more time spent speaking to staff and more flexibility in the workplace coming out on top, with 37% and 35% respectively.

“The results highlight how closely the personal brand of a CEO is impacting people’s actions regarding where they work and their motivations in the workplace,” Hotwire Australia’s country manager Mylan Vu said in a statement on the results.

“The current and next generations of workers will be looking to Australian business leaders for innovative and tech-driven ideas, and there’s a huge opportunity to engage with the workforce through simple communication and by listening to employees’ desires for flexible work environments.”

Richard Branson himself has often given his thoughts on how to be a better leader and entrepreneur, and labelled communication as the most important skill any leading entrepreneur can have.

“Communication makes the world go round. It facilitates human connections and allows us to learn, grow and progress. It’s not just about speaking or reading, but understanding what is being said—and in some cases what is not being said,” Branson said in a blog post.